After last weeks abandonment due to the weather Beverley were keen to get back to winning ways against York at Norwood Park after 3 disappointing weeks.

Skipper Alan Acklam started well when he finally won a toss and inserted York to have first use of a typically good Beverley track.  Opening bowlers, Simon Roe and Peter Groves restricted the scoring rate whilst picking up wickets at regular intervals, including the crucial wicket of the prolific Dave Simpson, bowled by Groves.

However York began to fashion a solid partnership and despite not really dominating started to build a decent score, more dropped catches not helping the Beverley cause.

Nevertheless some good fielding managed to bring an end to the partnership with a run-out and started their downfall as Matthew Mudd and Jamie Mitchell (2-36) began to make further inroads.  Mudd being the dominant figure by returning figures of 4 for 70 in another good, long spell of bowling keeping the York score to a below par 203 all out.

In reply Beverley were in confident mood, and if they could get through the new ball would be confident of easily chasing down the total. Mitchell and Groves did just this and proceeded to drain the life out of the game with a dominant opening stand, and despite some good spells of bowling put on 90 for the first wicket in good time.

Mitchell was however deceived by a flighted delivery and holed out to mid-wicket for 40 and Jon Fisher went for a duck an over later.  Groves moved onwards though and together with Anthony Spence and some excellent running between the wickets moved to within a boundary of his second century of the season.

Unfortunately he succumbed for a pleasurable 96 and with Spence bowled for 25 it was left to Faisal Abid to hit a quick 20* to ease Beverley to a comfortable 6 wicket win and a welcome 30 pts. 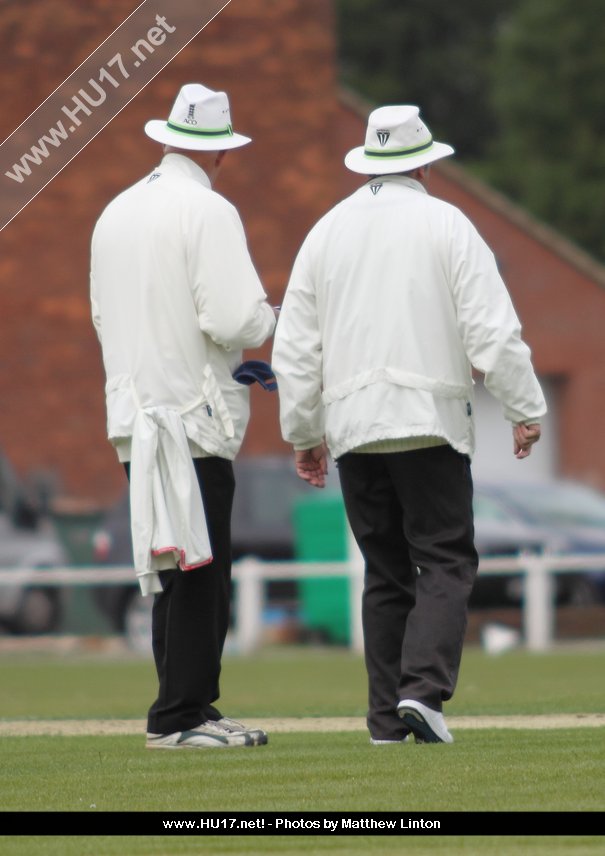