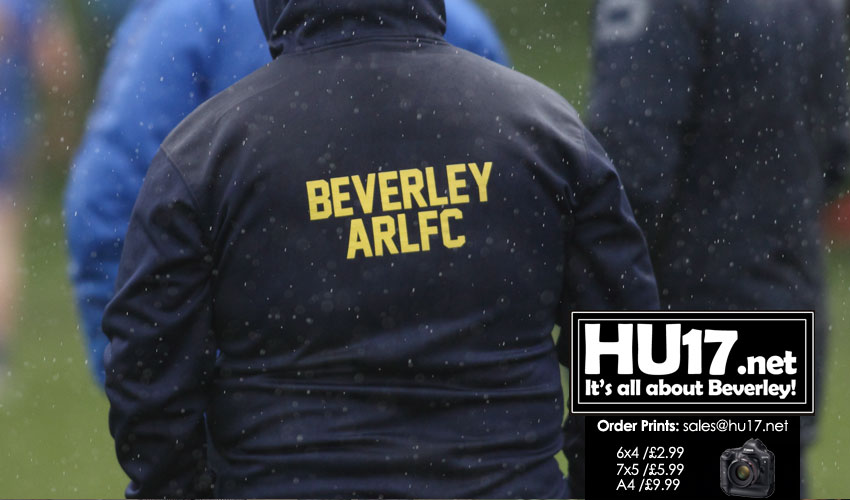 Beverley ARLFC will play their final pre-season friendly fixture this Saturday, ahead of the commencement of the new season the following week.

NCL Division 1 outfit will be the visitors to the Beverley Leisure Centre for the 2.30pm kick-off.

The month of February has been a lifting one for the Blue and Golds. The playing squad has responded positively to the methods employed by the coaching duo of Trevor Penrose and Stu Smith. A 28-22 victory at NCL 1 outfit Myton Warriors has put the buzz back into the club and raised expectations for the season ahead.

A pleasing aspect being was how well the new-look squad gelled having been thrown together for the first time.

Saturday’s opponents Skirlaugh, who also recorded a 24-12 victory in a friendly against Hull Dockers earlier in the month, are expected to provide a sterner challenge than that of Myton.

It has been a busy month away from the field for the club as they, along with all other NCL outfits, emerge from the pandemic.

Beverley ARLFC is pleased to confirm that the Potting Shed will be hosting the club’s after-match hospitality for the 2022 season.

A whole raft of announcements are expected very shortly. Among these will include the unveiling of a new playing strip and the main club sponsor.

Click Here
A Charity Sporting Dinner Has Raised Over £2000