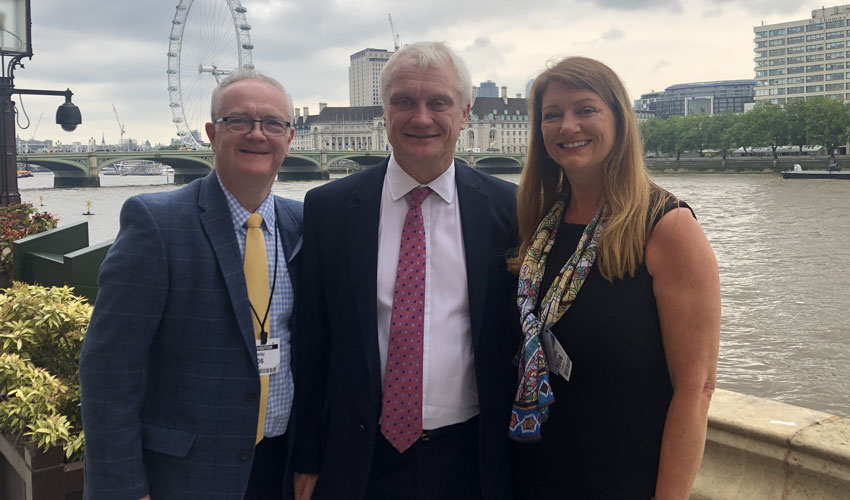 Beverley Food Festival was named the regional winner at the Countryside Alliance Awards.  The achievement was celebrated by Town Clerk Helen Watson.

She says she is pleased all the hard work paid off while adding she felt honoured to be invited to the awards ceremony.

Held at the House of Lords in London, Helen was there representing Beverley Town Council. Founded in 2006 the Beverley Food Festival is one of the towns signature events.

She was also joined by David Nowell of The Tickton Grange Hotel, a long-standing supporter of the event.

Commenting on the achievements Helen said;

“I’m so pleased that our hard work paid off and that we were recognised as a regional winner in this prestigious award.”

“I was honoured to be invited to the awards ceremony representing the Beverley Food Festival. Beverley Town Council has managed and operated this Food Festival since 2006.”

“The event celebrates our historic market town, businesses and its community. Also, it celebrates  the wonderful rural hinterland of quality, local food producers in East Yorkshire.”

“The Judge enjoyed her visit to Beverley and met a variety of Food Festival chefs. They also met with  producers and volunteers on the judging day.”

“I’m delighted that Beverley and Holderness’ producers were recognised for their excellence by the Countryside Alliance Awards.”

“While I am disappointed that we missed out on a first place, it has only made me more determined to achieve it in the future.”

MP Graham Stuart who was also there said;

“Beverley Food Festival may have missed out on a first place this time, but it was the Yorkshire winner in the food and drink category.”

“This is an impressive achievement. Chosen from 18,000 applicants, the regional finalists in each of the categories reflected the very best of British food and rural industry.”

“The Countryside Alliance Awards are an excellent means through which to boost tourism in rural areas. Beverley Food Festival draws in visitors from the length and breadth of the UK. I’m sure the award of the regional winner will build on its success.”