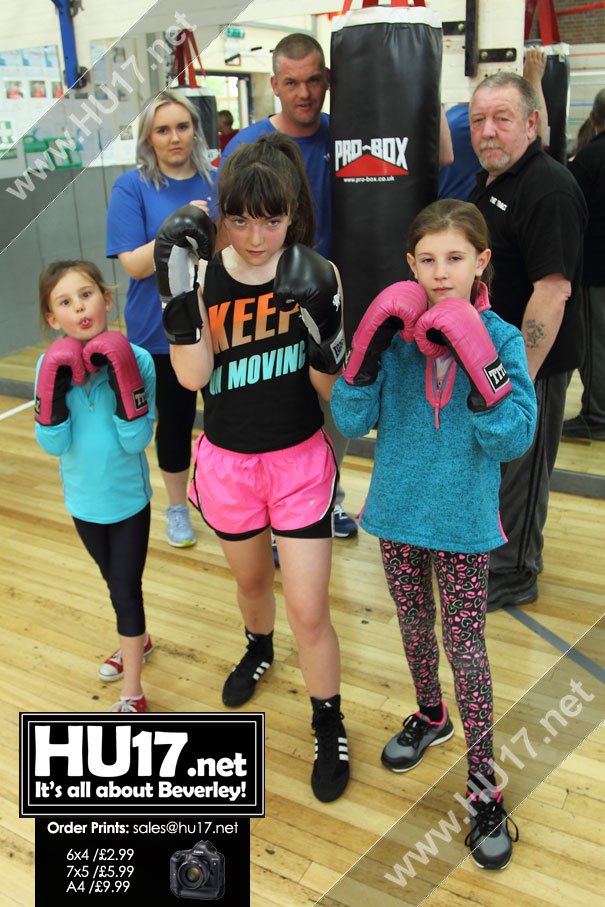 Beverley Town Council has voted in favour of pledging their support to Track Fitness and Boxing Club.

The motion which was put forward by Councillor Dominic Peacock at their last meeting and was deferred pending further information from East Riding of Yorkshire Council.

With the information back from East riding of Yorkshire Council Beverley Town Council were again asked to vote on the motion tabled by Councillor Peacock.

East Riding of Yorkshire Council made their position clear saying;

“The Council has at all times been positive in supporting the Boxing Club. In addition, I would point out that there has not been any fault on behalf of the Boxing Club in terms of their use of the Burden Road Centre.”

Before the voting took place Councillor Phil Dodsworth read out a statement on behalf of the committee from track fitness and boxing club that said;

‘After the recent events at the full council meeting the comments made on local social media groups we hope the following information will clear up all matters regarding the workings running of the boxing club.’

‘Track has been opened to a half years now and is run purely by volunteers who give up their time for free four nights a week and for the record which has been brought up on social media all of the volunteers of DBS checked so can work with vulnerable adults and children.’

‘Of those volunteers, three of them have child welfare qualifications and in addition to this we have 14 fully qualified first aiders along with an England boxing coach, professional coach and fully qualified fitness coach.’

Beverley Town Council Back The Club Following Hearing A Statement

‘We the club would like to set the record straight reply to the questions and allegations raised at the council and on social media.’

‘The club played no part in the closing of the youth club. It was stated we did not cater for people with disabilities again this is not a fact. Our coaches work with members and their carers some with complex mental and physical needs.’

‘We also have to members of left the Armed Forces after serving in Afghanistan both have post-traumatic stress disorders.’

‘The club at no point has received any preferential treatment by having an East Riding Councillor and a town Councillor involved with the club, but we do have a secretary called Mrs Kerri Harold and professional trainer called Phil Dodsworth.’

‘The boxing club can categorically say there have been no dodgy dealings and nothing stinks about the club. Track has never been used as a political pawn and never will be. We operate an open-door policy where everyone is welcome.’

‘Prior to myself becoming a town Councillor, an invitation was sent to all Councillors inviting them to our last two events. They choose not to come that is up to them.’

‘Track has signed a lease the East Riding of Yorkshire Council giving us total control of our part of the building seven days a week. This means we are able to offer the gym other groups something that has not been allowed before.’

‘We already have interest from a ballet group dance troupe along with mixed martial arts class and are looking holding tea dances the elderly through the day, the opportunities are endless to create a community hub. This will be put in place the building of an extension is completed.’

‘I hope this clears up all the matters and misunderstandings related to track and we invite any Councillors to come down meet our members, hard-working community volunteers.’

“We as a club had nothing to do with this it was just done and I would like to thank Dominic Peacock for doing it.”

“In future, if anyone has any questions about the club all they have to do is get in touch directly with me either through our Facebook Page or by calling me directly.”