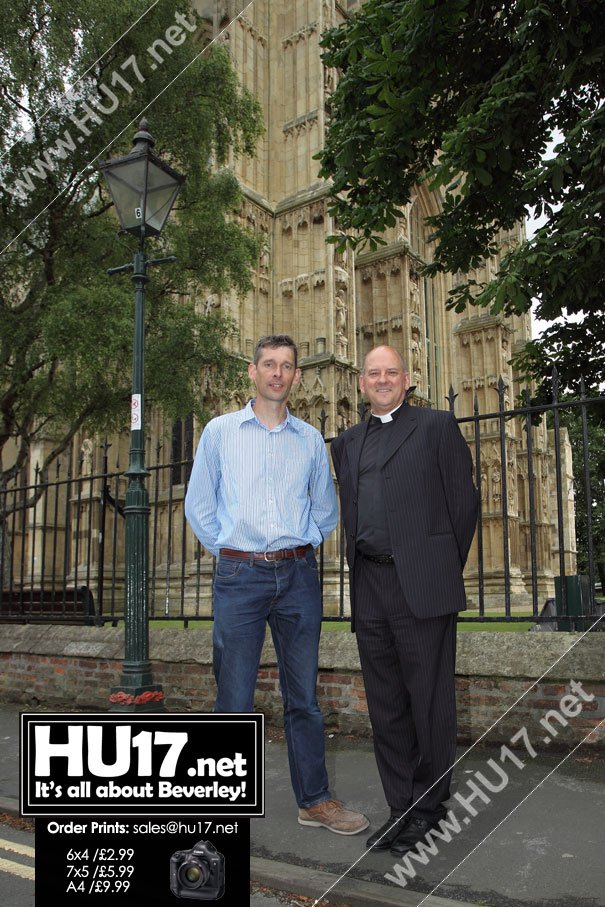 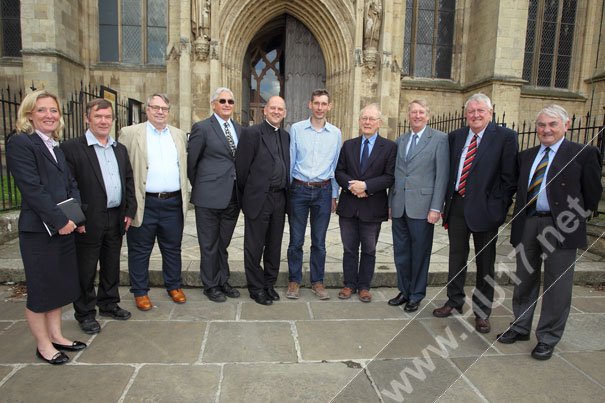 A new face has taken responsibility for the care and upkeep of Beverley Minster, maintaining a link that goes back more than 50 years.

Beverley Minster has just appointed a new architect to oversee the multi-million pound task of conservation and repair in the years ahead.

Andy Burrell, of London-based architects Carden and Godfrey, will be the third generation member of the firm to be appointed by Beverley Minster Old Fund, replacing Ian Stewart.

Mr. Stewart is retiring after 43 years’ working at the Minster first coming in as an assistant to Emil Godfrey, who was Minster architect from the early 1960s until his sudden death in 1982.

“I had a site meeting the following day.” said Ian, “and I vividly remember Peter Harrison, the then Vicar, saying: ‘well, you’d better carry on then.’ That was the sum total of my interview and appointment.”

This is in sharp contrast to today’s procedures. The vacancy was advertised in December 2014 and the selection process only concluded a week before Andy began his work.

Ian’s responsibilities included making the building structurally sound when it was found that some of the walls were starting to lean outwards, and also installing new fire detection and lighting systems.

“Now these installations are due for renewal I know it is definitely time for me to go!” he said.

There are a number of major, multi-million pound projects that Andy will have to oversee including the replacement of the lead on the nave roof and preserving the east and west windows.

“He will also be expected to make the Minster suitable for the 21st century,” said Martin Needler, chairman of Beverley Minster Old Fund which has responsibility for maintaining the fabric of the building.

“We rely on our architect to tell us what we need to do to maintain the building and advise on how we could increase its flexibility to make it more suitable for the modern era.”

“We want to look at improving access for people with disabilities, creating better facilities for visitors and adapting the space for our future requirements. We also want to find better ways of telling the story of the Minster and its setting in the town of Beverley. It’s a big, big job.”

“Every generation plays its part in preserving and enhancing Beverley Minster.”

“I am delighted that Andy is following in a long line of architects who have cared for this great place, and look forward to working closely with him.”