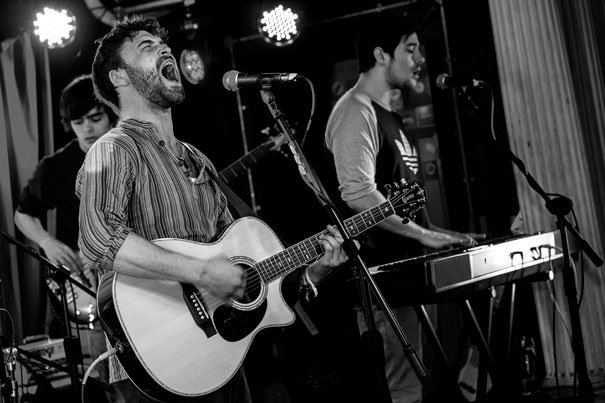 Some of the best local bands from the burgeoning Hull and East Yorkshire music scene will be playing in Beverley on June 26th.

‘Quiet Riot- The Beverley Alternative’ will be held at Hodgsons Pub on Flemingate, and this month’s gig features the Danny Landau Band, one of the stand out performers at the recent Cottingham Springboard Festival, The Happy Endings, Cuba Drive and young Driffield singer Amber Warren.

The Danny Landau Band create an upbeat folk sound with powerful harmonies to provide a truly unique folk/pop combination. Danny has previously supported bands such as Kasabian, toured with Paolo Nutini and are currently supporting The Dunwells and Brother & Bones.

Quiet Riot Co-Promoter, Chris Warkup is looking forward to an excellent evening of music, speaking ahead of the gig he said;

“We have had some notable nights so far in our six gigs at Quiet Riot, but this could potentially be the best one yet. The Danny Landau Band’s talent has been acknowledged by Alan Raw from BBC Introducing and Anneli Shearsmith – Broadcast Co-ordinator, BBC Yorkshire. ”

“All three of them are great acts that have won much acclaim over the past few years. They have played the local festivals and played to audiences across the country. Plus a very talented young singer, Amber, trying to make her breakthrough, it will be an amazing night.”

Quiet Riot- The Beverley Alternative takes place at Hodgsons Pub on the 26th June and begins at 8.30pm with tickets priced at £5 on the door or just £4 if bought in advance.

Tickets can be purchased from Minster Records in Eastgate Beverley,Molescroft News, Costcutter in Cherry Burton and also The Chinese Laundry in Saville Street Hull.