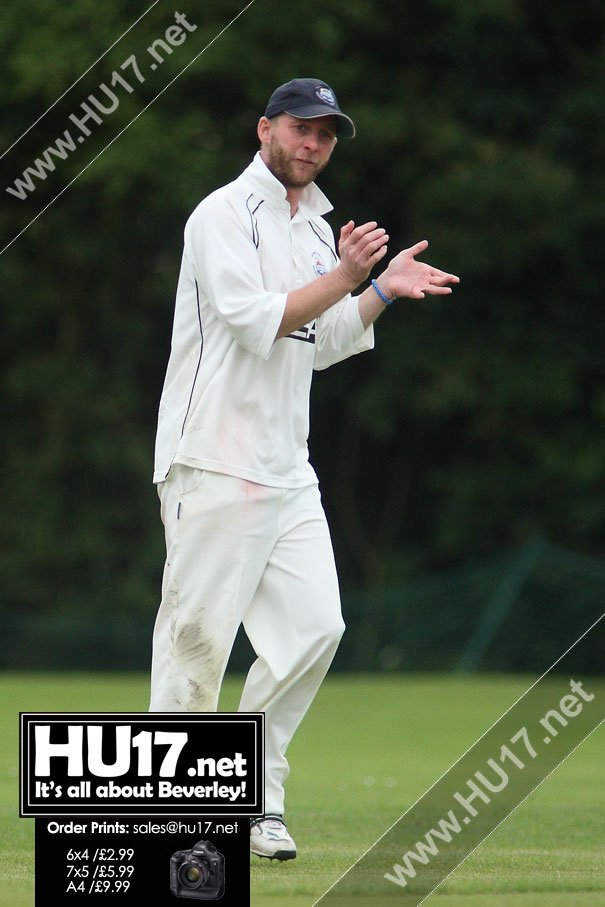 Beverley beat Kirkella by four wickets in the York and District Senior Cricket League to keep hopes of a third place finish alive.

“We mad are hard work of it as usual but the whole team stuck together and we ground out the result on a very difficult track.”

“James Emery was back with us after missing a week through injury and bowled a fantastic spell of fast bowling on a wicket that was not giving bowlers a lot of help.”

“Again proving what a great youth setup we have in place at Beverley we had an opening batting pair with a combined age of 30 and neither of them look out of place at this level.”

“ With two games left a win against Hill Top next week should secure us third place which would be a great result for us and it’s fully deserved after the performances the team has put in this year.”

Beverley travel to Hill Top next weekend and wrap up their season with tie against bottom side Hornsea.

Although unlikely it is still mathematically possible that the third team could finish second.

Should Sutton-on-Hull take no more than 8 points from their fixtures and Beverley get a maximum 60 from the final games.