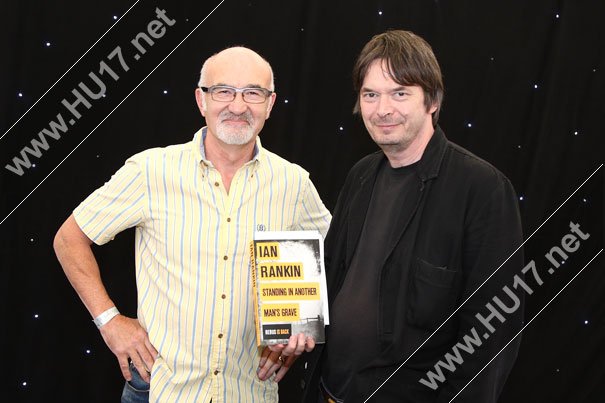 The crime writer who recently received an OBE for services to literature proved to be very popular with the festival goers who packed out the marquee to catch a glimpse on the author.

Elsewhere in the festival the Michael Nagasaka teamed up with Tom Mellor in the Wold Top Marquee to perform a guitar duet.

Tom was who is the owner of the Wold Top Brewery chuckled as he was introduced as the man who was responsible for the ale the audience were supping on.

Michael also had links to the event, he is the man responsible for creating their official video footage for the Beverley Folk Festival 2013.

There were plenty of people who from Beverley who had ventured to Beverley Racecourse including Jonathan Chapman and Julie Harris from Longcroft School who was there to watch some of the school students perform at the event.

Tonight the event will come to close with Oysterband taking to the main stage and local Henry Priestman.