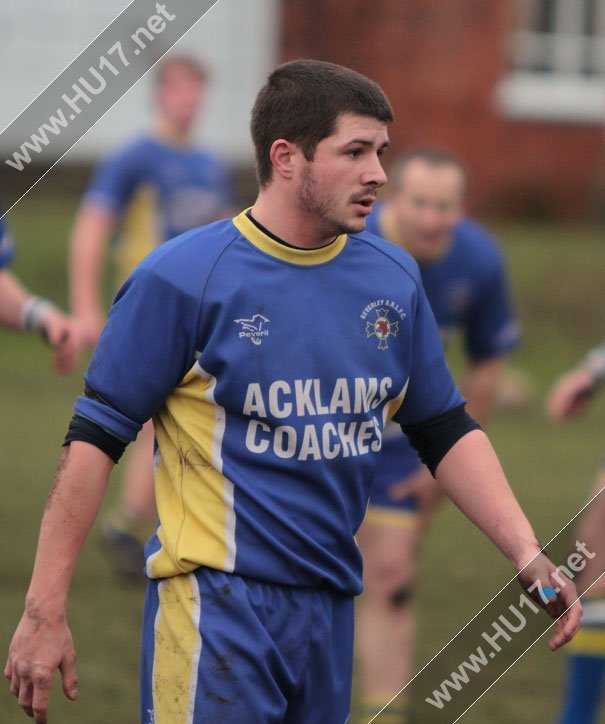 The blue and golds managed to field a much beefier side at last weekend and with a little more concentration when they led 20-16 with 20 minutes to go,could well have taken their first league points of the season.

They paraded two new signings in second rowers Nathan Wilkinson and Steve White and also welcomed back Gavin Proctor and Steve Davidson to the fold.

The hosts took the lead with unconverted try after 10 minutes before Rob Thompson levelled the scores with a well taken interception try after a quarter of an hour. This proved to be only brief respite as the home side began to dominate the preceedings to score a further two converted tries and lead 16-4.

Just before the interval the visitors managed to exert some pressure on their opponents line and Gavin Proctor pulled back a cheeky try from the dummy half position for Steve Connolly to convert. Things were now looking up at the break.

Beverley ARLC began the second half in purpousfull manner with new signings Wilkinson and White punching holes in the opposition while Gavin Proctor marshalled troops well from the dummy half position. After a sustained spell of pressure Proctor managed to claim his second try 10 minutes into the half. With the momentum now flowing in favour of the visitors more pressure saw Steve Davidson astute pass send Gavin Platt over to give Beverley ARLC the lead for the first time. Davidson converted.

The last 20 minutes saw poor concentration contribute to handling errors and the conceding of silly penalties hand the initiative back to the hosts. They added two further tries to claim both league points.

Man of the match was Gavin Proctor who was impressive on his return.

This Saturday Beverley ARLC are without a game at the time of going to press as their scheduled opponents  Red Hawk of Brough have pulled out of the league.