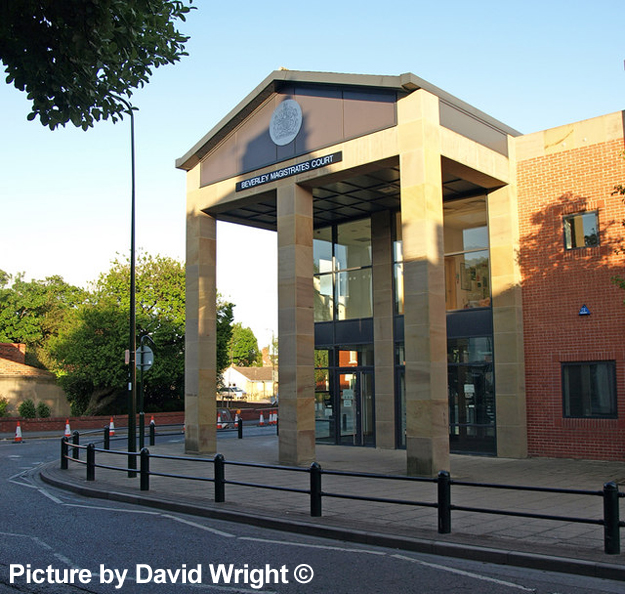 A man from Beverley will be sentenced at Hull Crown Court next month after admitting defrauding the public of at least £300,000 in a period from October 2009 to January 2011.

Appearing at Beverley Magistrates Court on 10 August 2011, Lee Dennis Noble of  Wray Close, Beverley, who operated a quad bike and vehicle repair business in Cottingham, pleaded guilty to seven offences brought by East Riding of Yorkshire Council Trading Standards Service under the Consumer Protection from Unfair Trading Regulations and the Fraud Act. He also asked for a further offence to be taken into consideration.

Attracted by the low price, consumers would purchase the advertised bikes from Noble, who would insist on a substantial payment, usually £3000 – £4000, before he would supply them. The bikes would then subsequently never be delivered to the purchasers.

When challenged, Noble would invariably give a string of excuses and use delaying tactics and told trading standards officers, during the investigation, that he never intended to supply the bikes and was simply taking money to service his debts.

In a ten month period trading standards received a total of 21 complaints from across the United Kingdom about Noble’s activities.

As well as taking payments for goods he did not supply he agreed on two occasions to purchase second hand bikes off members of the public, giving them cheques as payment which subsequently bounced.

On another occasion he described himself as an ‘American vehicle specialist’ in order to attract the business of one consumer who required a repair to a Chevrolet pick-up truck.

After nine months, and having paid Noble £1500, the consumer sent a recovery vehicle to retrieve the truck, only to find that the engine had been damaged by Noble and needed substantial additional repair work.

On hearing the evidence, magistrates referred the matter to Hull Crown Court for sentencing on Monday, 5 September.

A trading standards spokesperson, said: “This has been a complex investigation which has unveiled a web of deceit spun by the trader for his own selfish gains.”

Councillor Jane Evison, cabinet portfolio holder for rural issues and cultural services, said: “This prosecution shows that trading standards will pursue those rogue traders who deliberately defraud the public and make them face the full force of the law.”