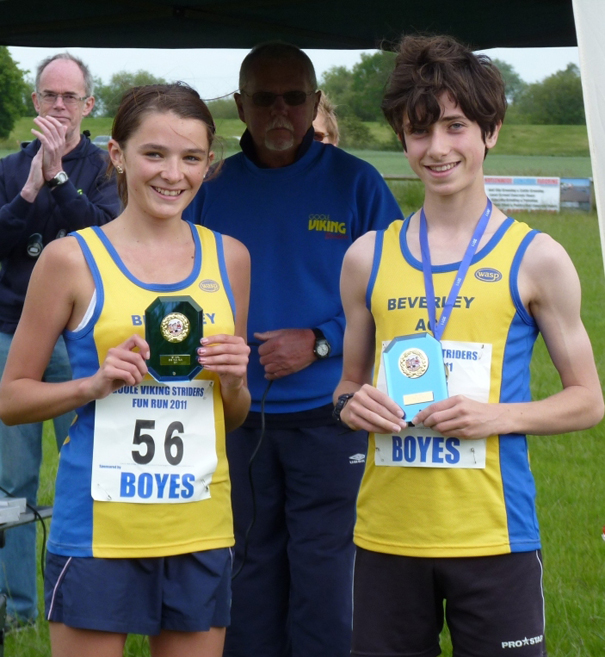 While their club mates were running across the Humber another group of athletes from Beverley Athletic Club was running along the banks of the Ouse in the Goole Riverbank Challenge.

The 8.73 mile route is mainly off-road next to the river Ouse near Goole, crossing stiles on the way out and on the return.

The first Beverley runner to finish was Mark Dalton who continued his run of excellent form by finishing in 53:38, almost four minutes faster than last year.  He was seventh overall and came first in the MV45 category.  This fine performance was complemented by his teenage son Ethan who came first in the fun run for Beverley Athletic Club Juniors.

The Dawson family also had a successful trip to Goole with daughter Nicole the first girl to finish the fun run.  Dad Mark completed the main race over a minute faster than last year.

Three ladies from Beverley Athletic Club competed in Goole and all were well placed in their respective veteran categories.  Jayne Dale was the first LV50, Miranda Hunt came second in the LV35 age group and Amanda Ritchie was third in the LV45 category.

There were 138 finishers and the race was won by Phill Taylor of Bridlington Road Runners in 48:11.  The first lady was Kirsteen Young of Leeds City AC in 56:35.