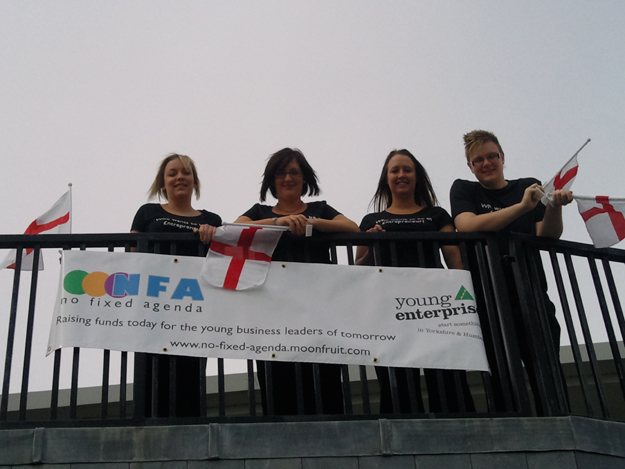 A local charity competition called ‘Who wants to be an £ntrepreneur’  is well under way with the first task being fittingly titled ‘the World Cup’ A team from Agenda Security Services call ‘No Fixed Agenda’ have a series of events planned including a stall on Saturday Market in Beverley this Saturday 29th May selling England football merchandise including;

It is great opportunity for England fans to not only to show their support for England but for the local charity.

The competition has been set up by Young Enterprise Yorkshire and Humber to help raise funds for their future. Their competition now in its second year and is inspired by the BBC series, The Apprentice, each team has a task and they are judged on their entrepreneurial skills and the money they raise by Hull’s every own ‘Alan Sugar’,  David Kilburn Chief Executive of MKM Building Supplies.

You can keep up to date on all of our other events by joining our Facebook group No Fixed Agenda or website.