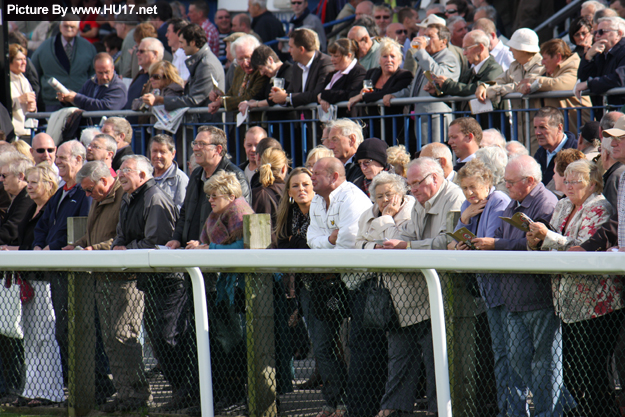 With horseracing season just around the corner, Beverley Racecourse is taking an innovative approach to attracting racegoers to a new fixture which is being launching for the first time this year.

The popular racecourse and events centre, based in York Road, Beverley, has organised a themed race meeting on Thursday, June 17, which will see racegoers being issued with either a padlock or a key on arrival – and the challenge will be to spend the rest of the night looking for their match, with the chance of winning a range of exciting prizes.

Six horse races will take place on the night and organisers say people can get as much or as little involved in the Lucky in Love challenge as they want to. The padlocks and keys will be mixed up between men and women, ensuring that even if people don’t happen to be single they can still just have fun getting to know other racegoers.

Sally Iggulden, racecourse manager, says the idea came about in response to the national Racing for Change initiative, which has seen research carried out across the whole horseracing industry – its findings have informed plans to modernise the sport and widen its appeal.

“We have got to recognise that people want more than just the racing when they come to one of our race meetings now,” she said. “Although there will always be a strong following of people who have a passion for the horseracing itself, racecourses all over the country are looking at how they can tap into new markets and keep the younger generations interested too.”

Beverley Racecourse has teamed up with 13 partners, which are all local businesses, to offer prizes to racegoers on the Lucky in Love night. These include: First Hull Trains, Cerutti’s and Sugarbird boutique, as well as KP Club, The Beverley Hat Company and Sessions Spa. In addition, Beverley Polo Club, The Peppertree Florist and Lazaat have all committed their support to the event, along with Hull FC, Hull Truck Theatre and Brantingham Parks Health and Wellness Club.

With all of the prizes put together, along with some racing related prizes, there will be approximately £2,000 worth of various things to be won on the night. The fun won’t stop when the prizes run out either, as Beverley Racecourse is also providing free coach transfers to bars in Beverley town centre at 9pm – something it has never done before.

Sally added: “We are hoping to attract a similar crowd to that of Ladies Day, we’re really encouraging people to get dressed up for this event and wear their hats too – after all it is taking place during Royal Ascot Week.”

Anne Anderson, owner of Lairgate-based The Beverley Hat Company – a local milliner who was once trained by Rose Cory, milliner to the late Queen Mother – will be judging the Lucky in Love Best Dressed competition on the night, with the winner being given the opportunity to choose one of six of her hats as a prize, along with two free tickets to the racecourse’s hugely popular The Journal Ladies Day event on August 11.

In addition, the event’s “Lucky in Love Ladies” will be circulating the enclosures on the night encouraging people to try their keys and locks out with people they don’t already know.