As we once more salute the heroes of today and yesteryear, a collection of letters on show at The East Riding Treasure House, Beverley, we are reminded of countless tales of bravery, endurance, and sacrifice in the face of war.

These letters were written as part of a series of correspondence from Lieutenant Edwin Oliver of the 4th East Yorkshire Territorials was one of those heroes, amongst millions of other British soldiers.

He served his country during the First World War, and now the story of his personal experience has come to light through documents recently given to the East Riding archives and local studies service in Beverley.

Edwin Oliver was born on 6 February 1898, the son of an ironmonger who traded in Osborne Street, Hull, and having left school in 1912 Edwin was soon drawn into the First World War at its outbreak in 1914.

He became a member of the 4th East Yorkshire Territorials and rose to become a Lieutenant.  In his many letters to sweetheart Evelyn Boyce, he tries to describe to her the environment he was living in: “…but here, if you will just try to picture say the whole of Hessle blown down and you can only go as far as the Humber bank by climbing over old walls, bricks, etc…You would be amused to see the furniture of my tent, bedstead table, stool, towel rail and cupboard all made out of old boxes by my servant, and further I have a lovely pile carpet of sandbags.”

His experiences were far from uneventful and included being declared missing in action in 1915, and receiving a ‘blighty’ wound in January 1916 that caused him to be sent back to England for a brief respite. He later saw action once more on the front line, during which he was gassed in October 1918 just before the war’s end.

Remarkably, he survived this attack and went on to marry Evelyn on 15 September 1919 at the Central Baptist Church, Hull.

Tragically, Edwin contracted tuberculosis in January 1934, his respiratory system having been weakened by the mustard gas attack during the war.  He spent three months at the Raywell Sanatorium, Cottingham, from where he wrote more letters to his family, but sadly died of the disease on 2 October 1937.

Sam Bartle, collections officer, said: “The letters are a fascinating tribute to the sacrifice that is typical of so many of those men who fought during the Great War. His untimely death at the hands of a disease partly brought on by his war injuries is a sad irony, and these letters help us to personalise the tragedy of this conflict.”

To read the letters, people can visit the Research Room of the Beverley Treasure House, Champney Road, Beverley. 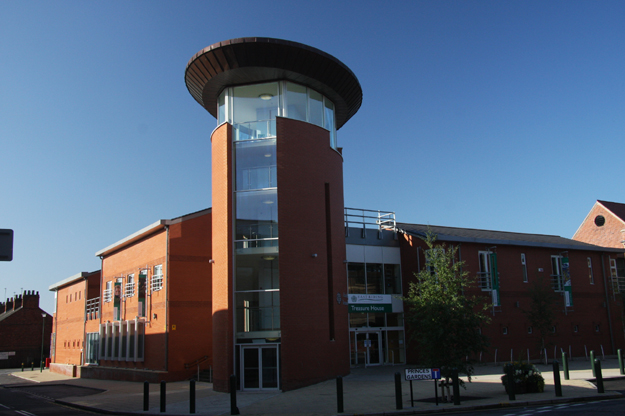