The Ivan Usher Stand came to be as a result of fundraising efforts by the Usher family and numerous supporters.

“It started because Ivan and I used to go and watch Gregory play football and where ever we went there was a stand. Ivan said it would be lovely if Beverleyhad a stand so people could watch in comfort and get inspired to play.”

“We had a service at Beverley Minster and there was a collection made. It raised over £1,500 and Gregory had the idea to try and get enough money together to get a stand erected in his memory.”

“It is wonderful to see the stand which was a real community project. So many people have been involved with it. Friends, family, businesses and also people we dd not even know.”

“We would like to say a massive thank you to everyone who has supported us over the last two years.  Hopefully, the stand will last 50 years and his memory will live on.” 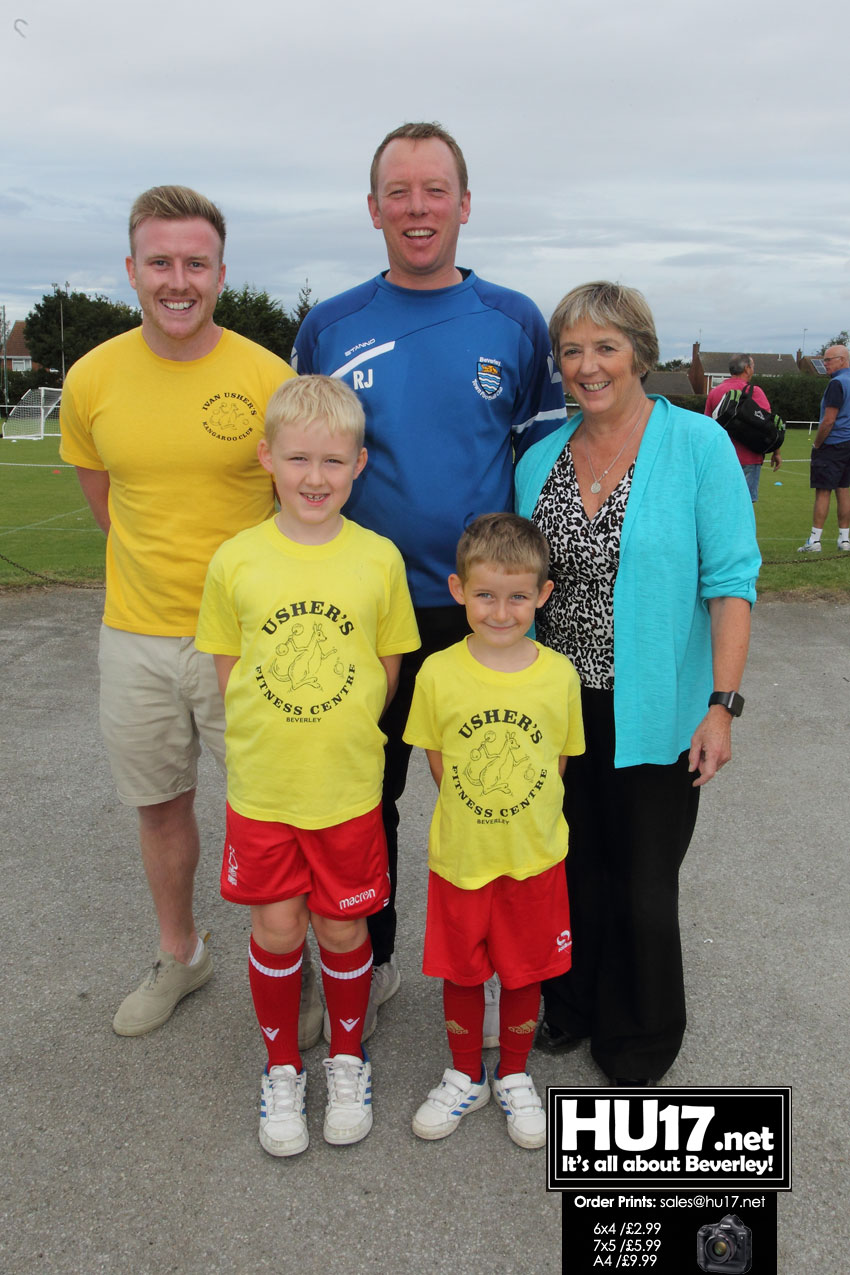 “If dad was here he would most probably have us all running up and down the little stand. He would be tremendously proud of what we have all achieved.”

“I am delighted that this town now has a stand that we can be proud of. We this stand inspires men, women, girls and boys to either play the sport or come and watch.”

“It has been a real community effort with businesses and local people involved donating or helping in some capacity. I would like to thank all who have been involved.”

“On behalf of the club, I would like to thank the Usher family and also all those who have been involved in raising money.”

“Having a 54 seater stand is a fantastic facility for the club. It gives us a real boost as to where we want to be as a club. We want to be aiming to move to North East Counties so having this stand is a real help.”

“While I was not taught by Mr Usher myself a lot of people involved with the club knew him really well. It is a really fitting tribute to him to have this stand.”