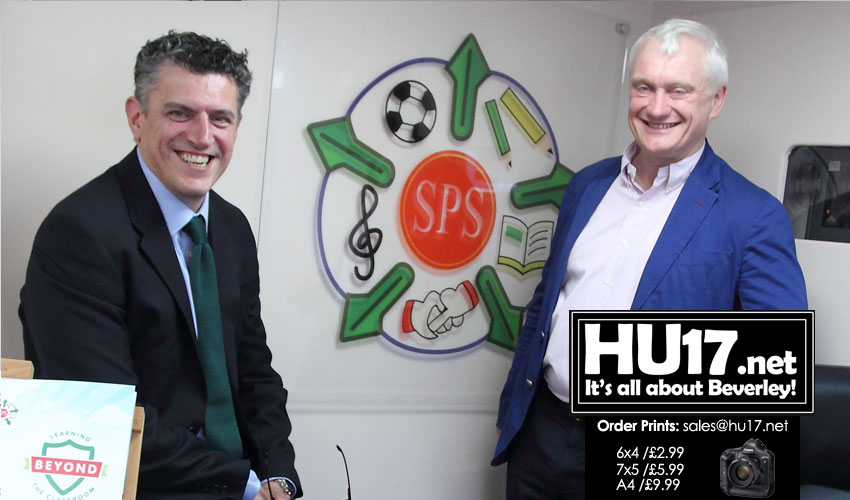 Local MP Graham Stuart says that Swinemoor Primary School is a really positive example. His comments come following a visit to the school in Beverley.

While at the school the MP was also tested by pupils, narrowly passing a political test. Scoring just enough points he managed to pass the Swinemoor Graduate Award Programme.

The MP also praised the head teacher, Leon Myers, his team and the pupils for the culture within the school.

“Mr Myers personal commitment to the school is fantastic. You can feel the vibe from the other members of staff here. The people are dedicated to this school. Their children are well mannered and well behaved and  also very focused.”

“I admire the fact how they use learning and knowledge. These are the fundamental foundations. Education is not just about skills, if you do not know enough to link things together you cannot really apply your understanding.”

“Swinemoor School is very firm on knowledge, they are very firm in encouraging competition and aspiration. They also combine that with a focus on being kind and gentle.”

“By balancing the two they are shaping competitive human beings who work hard and study hard while being a kind to people around them.”

“What this school is trying to do is produce rounded individuals ready for a competitive world.”

“There are real opportunities here. We have seen there are children here who have only been in the country for a few months and they are winning. They are also being applauded and being made to feel one as part of this community.”

“These are exactly the community values I would hope to see in a local school here in the East Riding. Swinemoor Primary School is a really positive example.” 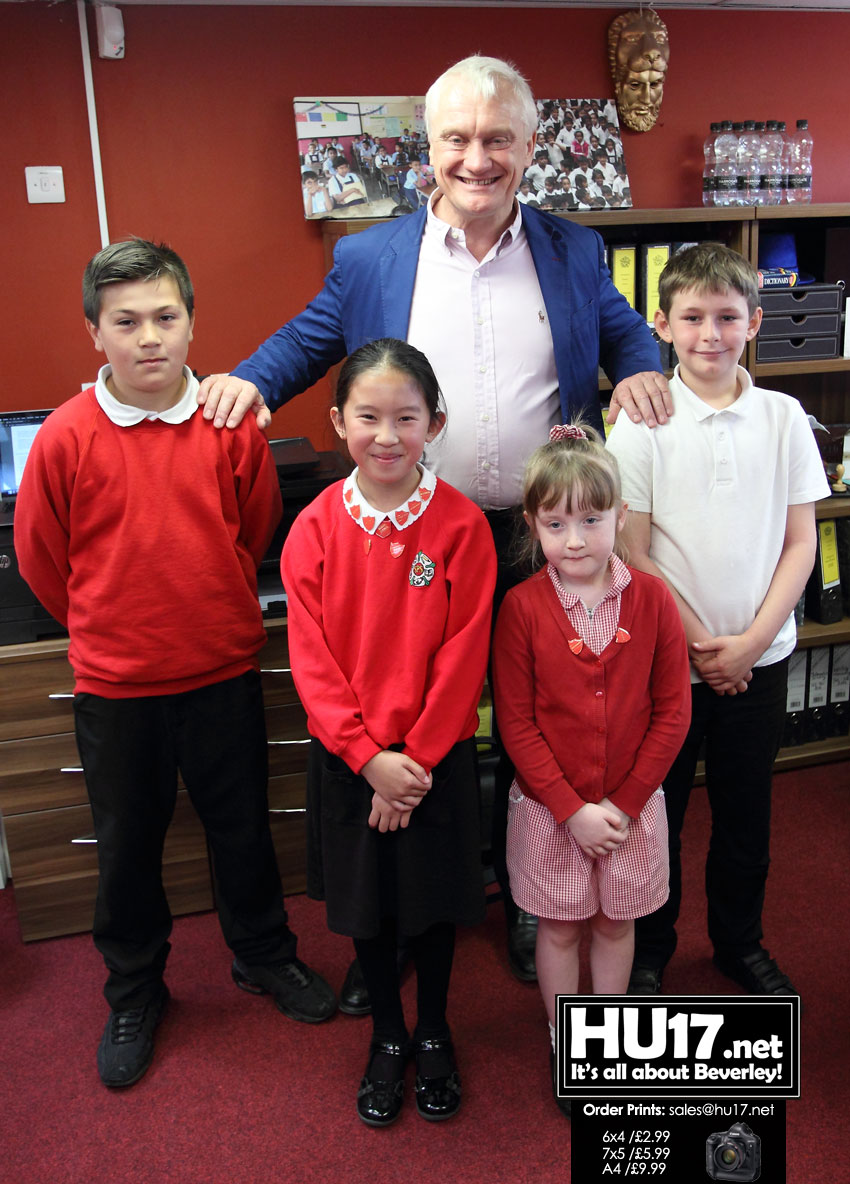 Commenting on the Swinemoor Graduate Award Programme he said;

“They have got a scheme covering a load of subjects from PSHE that includes everything from Geography to politics. It is a fantastic way of embedding knowledge in the children while encouraging them to learn.”

“I was only pleased they picked the subject in which I work and even still I did not get ten out of ten. There was a generous half point awarded meaning I got nine and a half out of ten on politics.”

“What I got wrong was the full name of Winston Churchill. His full name is Winston Leonard Spencer Churchill, I had forgotten the Leonard.”

Mr Stuart said he can not say with any confidence that he will not slip on that question in the future. While that may be the case, he does feel the pupils at the school more likely to retain the information.

Children Will Get A Lot From School Visit Made By MP

“If you learn things when you are you tend to hold things through your life. I can probably remember things from my primary school more easily than I can from this morning.”

Mr Myers was very pleased the MP took time out of his busy schedule to spend time with the pupils. Commenting on the visit he said;

“I am very pleased the Minster came to see us today spending an hour with the children. While here he became the first honorary Swinemoor graduate dropping only half of mark.”

“It is important the children meet their representatives at all levels. By meeting them they can realise they are ordinary people just like them. It also helps to raise their aspirations.”

“If the children are interested in that area it prompts them to think what they can go on to achieve. We were very pleased to entertain him and  the children will get loads and loads from it.”