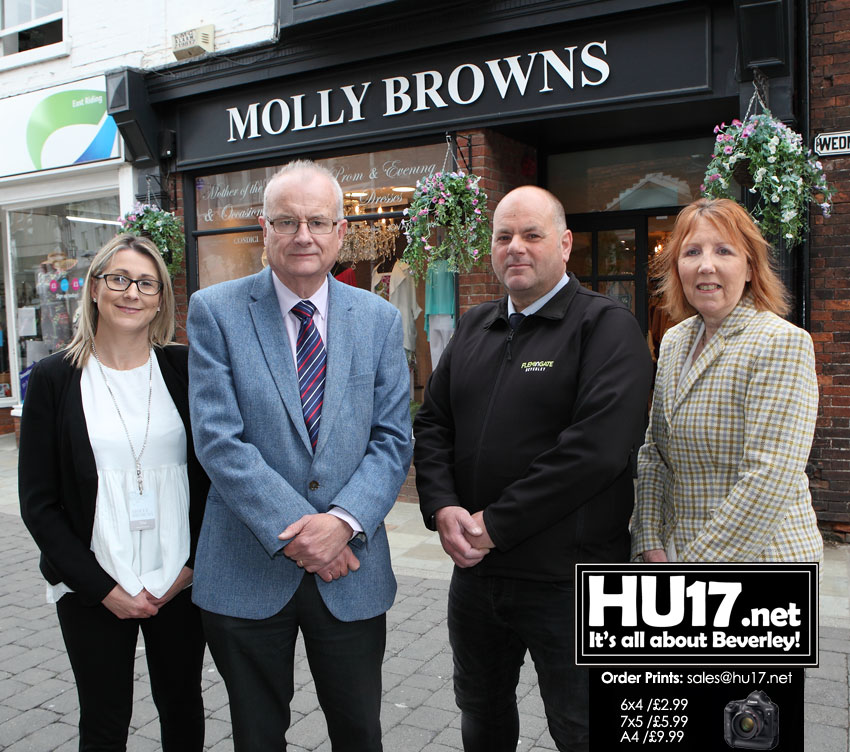 Shoplifting in Beverley is on the increase according to a number of local retailers. The issue was highlighted following a video released by an independent retailer, Molly Browns this weekend.

In the video, which went viral, it showed two women helping themselves to over £3,000 worth of stock.

Following CCTV footage being shared on the company’s social media page, they say they have received overwhelming support from the local community. The video has since been watched over 1 million times.

“We have had immense support from the community saying how sorry they. Also, they have indicated the broader issue in Beverley.”

“People have commented saying they have seen the people in the footage and where. Other shop keepers have also reported seeing these shoplifters in Hull, Caistor, Barton, Scarborough and Bridlington”

“A lot of people have also commented that theft in Beverley increasing. It is hard enough to try and keep the shop running and the high streets open with individual shops.

“It is getting more and more difficult. Professional thieves like those captured in our shop on CCTV have had an immense impact. We aren’t corporate so can’t internalise as easy.”

Beverley is trying to fight back. An incentive by the Flemingate Centre is one such example. Shopper Watch was launched by Shaun Dart. The scheme encourages traders to communicate with one another when they spot know shoplifters or find them when they in town.

Incentives And Local Council Committed To Tackling Shoplifting In Beverley

“The aim of Shopper Watch is to bring Beverley together. It is something I saw in practice in Hull and it delivers results. Since it was launched 18 months ago we have  enjoyed huge successes in tackling shoplifting in Beverley.”

In the UK shoplifting costs our retailers a staggering £700M each year. Thieves are not only targeting independent businesses they are even targeting supermarkets.

In the case of Molly Brown’s luckily none of the staff working there was hurt during this incident. That said industry sources say staff are in retail are seeing an increase in violent attacks when tackling shoplifters.

Cllr Denis Healy said Beverley Town Council will try to address some of the issues faced by traders. Speaking to HU17.net he said;

“Beverley has low crime rates compared to other areas like Hull. However, we do seem to be plagued by instances of theft, whether it be from properties or businesses.”

“The reduction in police numbers isn’t helping. I am keen to see what we can do as a Town Council to try and address these problems. Especially in the town centre.”

“Functioning CCTV systems can play their part, and initiatives like Shopper Watch can also help.”

“Tackling crime and anti-social behaviour is a key priority for the new Town Council, and we will keep the public posted as the ideas for tackling crime are developed.”