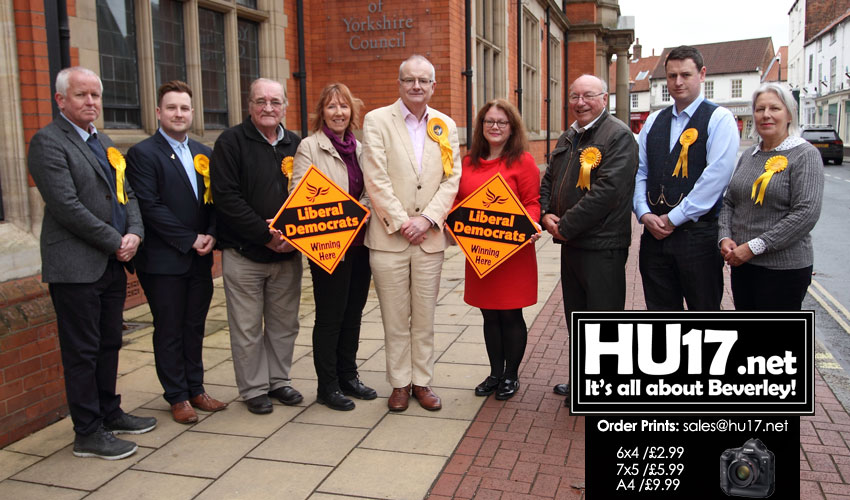 Liberal Democrats certainly have the Weak and Wobbly Tories firmly in their sights. With the local elections just weeks away candidate lists reveal the true extent of their onslaught.

Sources with the Liberal Democrats say that they are fully committed to the election campaign while confident they can oust a number of Conservatives.

Cllr Denis Healy says the local elections are an opportunity for Beverley’s residents. Speaking about the Liberal Democrat onslaught he said;

“These local elections are Beverley’s opportunity for unprecedented political change.”

“The Conservatives have had nearly all the councillors for far too long. That’s certainly not good for democracy. This May is the chance to get a fresh team at County Hall and on Beverley Town Council.”

“It’s been a huge honour to represent our community on the Council since 2016. I’ve done my best to follow up with many issues for local people.”

“I’ve been working on getting council support for local community groups, tackling problems with over-development and fighting to give Beverley and Molescroft a stronger voice.”

“But there is so much more work to be done to keep making our community a great place to live. That’s why I’m giving people all over Beverley the chance to vote for hard-working Liberal Democrat community campaigners on the East Riding Council, Beverley Town Council and also Woodmansey Parish Council.”

“The election in Beverley is a clear choice between the Lib Dems and the Conservatives.”

“At the last council election here in October 2016, the Lib Dems beat the Conservatives. Labour was in a distant third place. They can’t win here.”

“Only if people use their THREE votes for the Lib Dems in the County and Town elections can we finish Conservative arrogance here forever.”

“Voting for Labour, Green or Independent could help the Tories cling on to our town. Make change happen on 2 May by voting Liberal Democrat.”