This coming Sunday marks the 100th anniversary since the end of World War I. A war that saw hundreds of men from Beverley lose their lives.

Local historian and author Barrie Barnes wrote a book about the impact the first world war had on Beverley and the town as a whole.

‘Known unto God’ – Beverley and the Great War 1914-1924 is a book Barrie makes clear is not some glamorous tale of war. It is, in fact, a window into the true reality of the situation people faced. 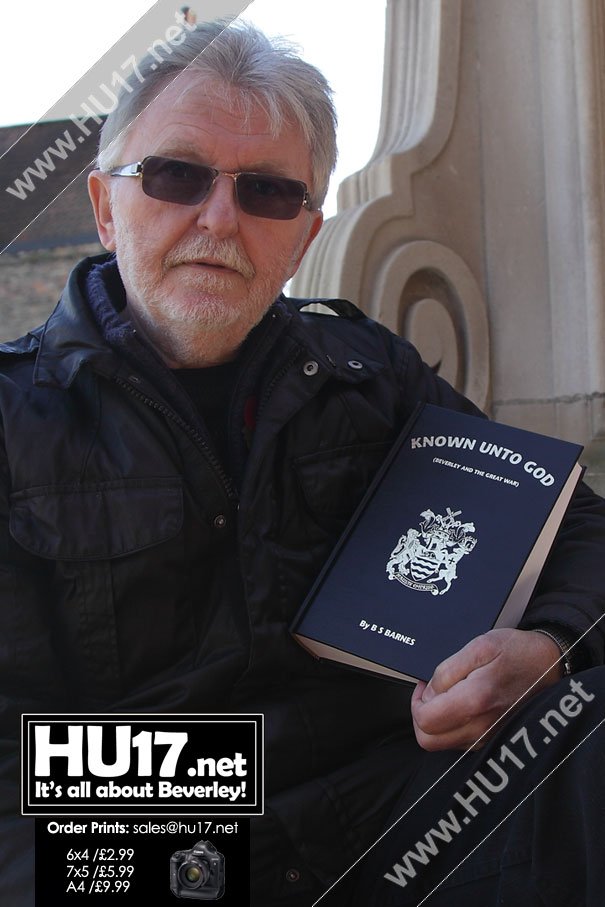 “When the Great War ended, Beverley was a deeply traumatised community. Over 430 men had been killed with well over 1,000 terribly maimed and wounded.” He said.  “Others came home with mental problems, some committing suicide into the 20s or dying of their wounds. These men are buried in Beverley and I have found their last resting places.”

“I never got the book I expected when I began this work – something darker emerged. Anyone expecting a stoic stiff-upper-lipped jaunt through the Great War will be disappointed.”

“But here is the truth, warts and all, and this study is meant to stand as a memorial to that generation, the likes of which we shall not see again.”

As a town, Beverley has been doing many things throughout the year to paying tribute to these people.  Beverley Town Council has held a concert and installed There But Not There Memorials.

There have also been projects at local schools working with Beverley Minster to produce Poppy Displays. While artist Emma Garness was commissioned to produce a special mural in the memorial gardens.

Over 700,000 British men were killed in the First World War most of who were just normal folk. As we remember all who have been killed while serving the country.

Let us remember that, 100 years ago on Sunday for many families from this town while the war had ended, theirs was in many cases was just beginning.