Members of the ERYC Liberal Democrat will be asking the East Riding of Yorkshire Council to write to Government over the proposed changes to how ‘Fracking’ Applications are dealt with.

Anger has swept across the country following news that Ministers are going to make life easier for energy companies who will no longer need planning permission to prospect for shale gas.

ERYC Liberal Democrat group deputy leader, Cllr Denis Healy is concerned that residents in the East Riding will have no say when it comes to fracking.

A poll conducted in Beverley in 2014 showed that those residents in the town by some distanced opposed to shale gas exploration. 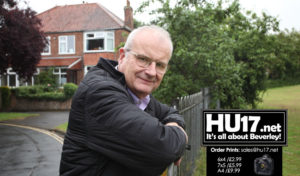 “In proposals announced earlier this year, The Government outlined its intention to decide nationally whether fracking should happen in places like the East Riding of Yorkshire. If the proposal is accepted, the East Riding of Yorkshire Council will effectively have no say on whether companies can carry out fracking activities here, with decisions instead taken out of our hands and referred to London.”

“The Government’s proposals would bring all fracking planning applications under something called the “National Significant Infrastructure Projects” (NSIP)regime. This deals with the granting of a development consent for large-scale projects, and the decisions are taken by the national planning inspectorate rather than by local authorities.”

Beverley is no stranger to fracking. Just four years ago protesters set up a camp at Crawberry Hill. Following a lengthy battle with the council, the camp ‘pulled down’ behind closed doors away from the media.

Concerns relating to the exploration of shale gas have left many towns throughout the UK concerned over the environmental impact.

Under the proposals put forward, the government are also offering planning departments £1.9M to help speed up applications for Fracking.

“We know that there are deposits of shale gas underneath the East Riding, and the issue of fracking is a contentious one with many residents worried about the long-term effects of fracking on the environment and on public health.”

“Fracking and shale gas development of any kind should not be classed as permitted development. Given the contentious nature of fracking, particularly here in the East Riding, local communities should be able to have a say through their elected representatives.”

“ The Government’s plans would be a significant loss to local decision making, and the idea of having fracking sites imposed on us by the unelected national planning inspectorate is completely unacceptable.”

“Our motion to the Council this week calls upon the council to write to Government ministers and MPs, setting out our objection to the proposal, emphasising that we in the East Riding of Yorkshire Council are best placed to make decisions through the planning process for shale gas extraction proposals, and that the Government proposal is unwelcome because it takes away the Council’s decision making role, and, even more significantly it could see fracking established here by the back door without any of us having a say.”