East Yorkshire Classic Cycle Race will no longer take place in Beverley after British Cycling confirmed Barnsley have been named as the replacement location.

For the past ten years, Beverley has played host to the popular event that sees the cyclists race around the town centre over the cobbles.

British Cycling say that organisers and the local authority felt they ‘did not have the resources’ to host the event this year.

“The Beverley Grand Prix has been a popular date in the HSBC UK | National Circuit Series calendar for a number of years.”

“This year, the club that organises the event in partnership with East Riding of Yorkshire Council didn’t feel that they had the resources available to deliver the event in 2018.”

East Riding of Yorkshire Council say they are disappointed to miss but say they would support plans to get the event back in the town. 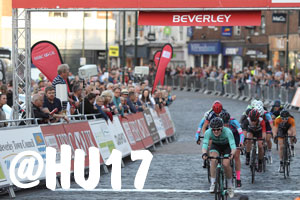 Commenting on the news, Alan Menzies, director of planning and economic regeneration at East Riding of Yorkshire Council, said:

“The council has been proud to support the organisers of the East Yorkshire Classic Cycle Race, in Beverley, over the past decade and is disappointed that this instalment of the British Cycling Elite Circuit Race Series will not take place in the town in 2018.”

“The council is a keen sponsor of cycling events and will continue to work alongside Welcome to Yorkshire and the Amaury Sport Organisation to grow the Tour de Yorkshire, which will take place in Beverley later this year  when the town hosts the start of both the men’s and women’s races.”

“If the opportunity to bring the Elite Circuit Race Series back to Beverley presents itself in the future, the council will be very interested in supporting the event again.”

The process to host rounds of the 2019 series is opening shortly with British Cycling saying that they are looking forward to welcoming applications.