Beverley Town Council remain divided and have made no firm decision with regard to their interest in pursuing acquisition of the old building vacated by St Nicholas Primary School.

At the first full council meeting of 2018, cllrs discussed the idea of the Town Council  taking on the site though it was agreed further clarification with regard to the status of the site from East Riding of Yorkshire Council was needed before they could move forward.

Local resident Chloe Hopkins spoke in the public forum at the meeting where she presented a petition to the council showing that there was a desire from the community. 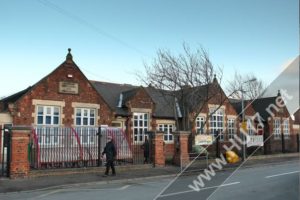 Arguing in favour of taking the site over, Cllr Tom Astell said that he fully supported the public and  felt it was a once in a life time opportunity for the council to take over the site.

Cllr Geoff Cooper presented a different side saying that all the people who he had spoke to  within the area felt the building was not fit for purpose and no one felt there was a need for the community centre.

There was a clear divide with the view of what the council should do, however Cllr Rob Begnett did try to urge his colleagues to break down the issue into two parts.

He said more property would be available so suggested the council should identify the needs and then look to source a building. He also added he understood that for many this is decision that could be clouded by sentimental feelings.

There were warnings from Cllr Phil Dodsworth that any such attempt by the council to take on the building would result in council having to splash out vast sums of cash on consultancy and business plans.

Common sense seems to have gone out the window with this as it is clear that the town council simply can not afford to buy this property. If they do raise the cash it will plunge them into debt and leave the community for generations to come picking up the pieces.

Town Clerk Helen Watson will now seek a face to face with Alan Menzies from the local authority to see if they are open to a community bid for the building.