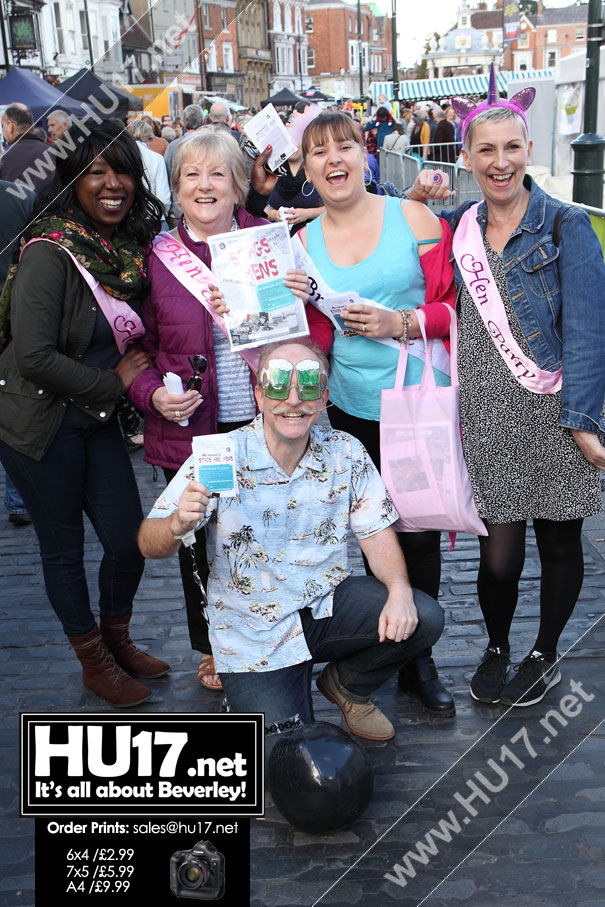 Beverley Theatre Company are proud to present their latest production, ‘Stags and Hens’, by Willy Russell, directed by Jonathan Shaw.

Speaking about the production Jonathan said;

“Stags and Hens is the fourth play I have directed for Beverley Theatre Company and I am delighted to be back with such a talented company.”

“This is the story of a stag and hen party, on the night before Dave and Linda’s wedding. Although they planned to go to separate venues, they end up in the same slummy dance club where Linda’s ex is playing in a chart-topping band.”

“This leaves Linda with a dilemma – does she stay in her comfortable existence and achieve nothing in her life, or ditch Dave and see where the open road with Pete’s band will take her?”

“I have set the play in 1984, as I felt a contemporary update would not make sense.”

“Social media and smartphones would remove a lot of drama from the play, and not many people have their stag or hen do the actual night before the wedding anymore.”

“The play investigates themes of class, personal ambition and misogyny, and whether it is right to try and better oneself and leave your upbringing behind, or stay loyal to your roots and remain in the drudge of your hometown.”

Also, be warned that this is a Willy Russell play, so there’s swearing. LOTS of swearing.”

He has been involved in amateur theatre since 1988. He regularly performs as a Viking storyteller all over the country with The Vikings Dark Age Society and performed Beowulf in the Icelandic Viking Festival in Reykjavik in 2015.

Taking place Wednesday 9th November to Saturday 12th November at the Memorial Hall, Lairgate, Beverley. All performances begin at 7.30pm with tickets at £7.00 for adults and £6.00 for concessions.

Tickets can be purchased as follows:
• On the BTC website at www.beverleytheatrecompany.com,
• From the Beverley Tourist Information Centre, 34 Butcher Row, Beverley
• From Haller of Beverley, 2 North Bar Within, Beverley
• On the door on the night.