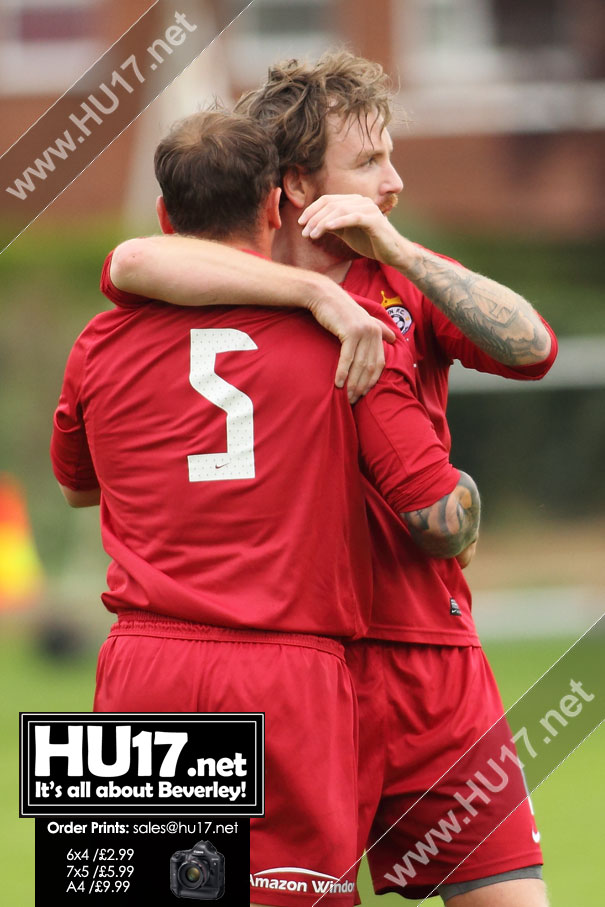 Beverley Town Football Club went into the game against Crown FC on the back of two consecutive wins and were determined to keep their good run going.

However they faced arguably their toughest test of the Humber Premier League season against a strong Crown FC who won the match 1-0 to go top of the table.

Manager Rich Jagger was keen to take the positives out of the game, he said;

“We came up against a very strong Crown side today who ran out deserved winners.  What pleased me most was how well we matched them physically.”

“Our centre halves were superb, Ryan Saltmer was man of the match for me. As a team we worked our socks of to and compete, and I felt we matched them for most of the game.”

“Unfortunately we failed to create many chances, and hence the reason we struggled to get back in the game.”

“However the lads have been superb this season, and this game gives us a good marker as to where we need to be come the end of the season.”

In the early stages of the game both teams battled hard, trying to get a foothold and take control. Town had some good passages of play, with midfielder Stuart Oliver linking play up nicely for Town.

Crown were controlled and determined as a team, and created openings through good movement, the front two trying their best to cause problems for the Town defence.

It was Crown that took the lead on 30 minutes when a great through ball from the back picked out Crown’s Michael Rustill who had run from deep, he calmly slotted the ball past the on rushing Mathew Spencer to make it 0-1 to Crown.

This gave Crown a lift, and they began to enjoy more possession of the ball, Town changed to a 4-4-2 formation to try to deal with this, which seemed to nullify the threat but also reduced the amount of time Towns midfielders had on the ball.

Town started the second half well, Joe Norton and Ben Thomson on the flanks were showing great industry, and tried to get forward at every opportunity.  However Crown showed good experience and strength, and dealt with any Town threat before it materialised into something more dangerous.

Crown continued to seek a second goal that would kill the game off, however centre halves Dan McHale and Ryan Saltmer were excellent in dealing with the danger. Town keeper Spencer made an excellent save with his feet , and Crown went close again from a sweeping move that hit the bar.

Town continued to try their best to get back in the game, with 5 minutes to go a cross from Ben Thomson caused panic in the Crown defence, however the ball would not fall kindly and the danger was averted.