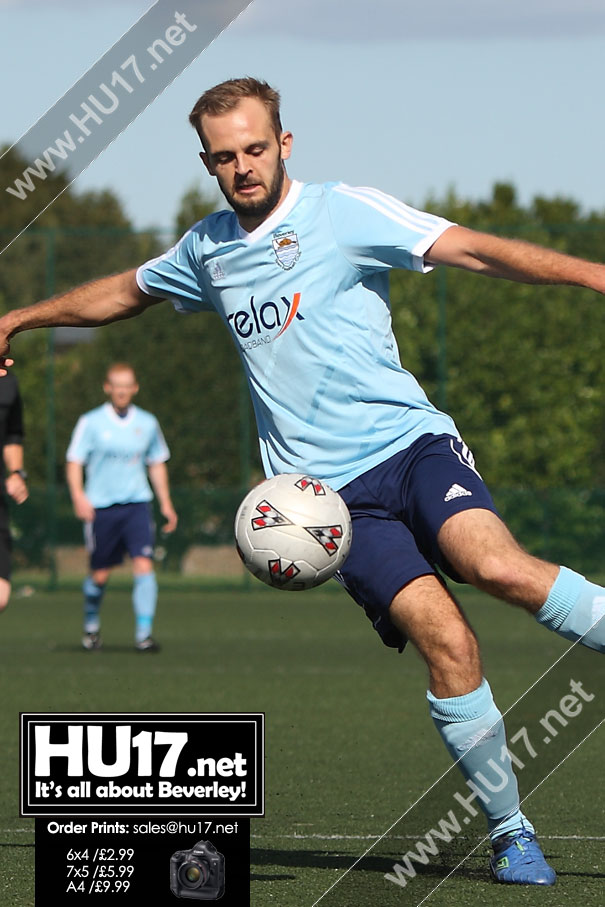 Beverley Town Football Club Reserves have booked their place in the semi final of the cup as they beat Hall Road Rangers 5 – 1.

Town eased into the semi final with a comfortable win. Town got off to a great start when Ryan Overington netted inside the first five minutes. The lead was soon doubled by Alex Stark.

As the half wore on, Town continued to dominate and further chances to score fell to Horsfield, Stark and Shaun Gibson but the half time score was 2-0.

Within 5mins of the restart, half time sub Ryan Fitzgerald headed home from a Mike Martin cross.

However, Town allowed Hall Road to pull a goal back as their play became a little untidy.

Any thoughts of a comeback were quashed when player manager Gibson fired into the bottom corner and Town saved the best till last when Tom Davies was allowed to carry the ball from midfield and smash a superb 25 yarder into the roof of the net.

Town will meet Walkington in the semi final in a match that will be played on 27 September at 7PM at East Riding County FA’s ground on Inglemire Lane.