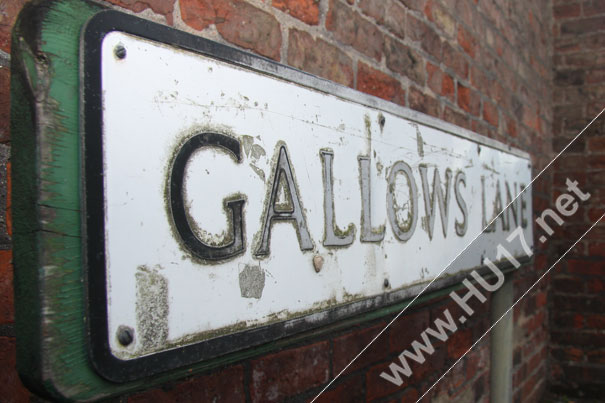 Gallows Lane in Beverley will not be renamed following the redevelopment of the former site of East Riding College according to both the developer and local authority.

On 15 September the proposed name for a the new road within the development, Old College Drive will be passed to Molescroft Parish Council for their comments raising concerns that the entire road was facing a proposed name change.

A spokesperson for Peter Ward Homes outlined their position, they said;

“We have no plans or intention to rename Gallows Lane.”

“Given the layout of the development the local authority may want us to come up with a name for one of the cul de sac’s within the new development, where the access road splits into two.”

“However the name of the existing access road will not be affected by that decision. As far as Peter Ward Homes are concerned Gallows Lane will continue to be called Gallows Lane.”

Speaking to the planning office at East Riding of Yorkshire Council they said that giving the new road a new name is the best course of action for this development.

They say that for the emergency services, visitors and also service providers by giving the road a unique name would help keep things simple.

One of the most prestigious residential developments in Beverley for many years, the Old College Beverley development will feature 36 luxury homes built on the 9 acre site.

Peter Ward Homes purchased the Gallows Lane site for housing development for an undisclosed sum from the college.

The acquisition of the site helped pave the way for East Riding College to relocated to a state of the art new campus on Flemingate putting them closer to transport links and other amenities.