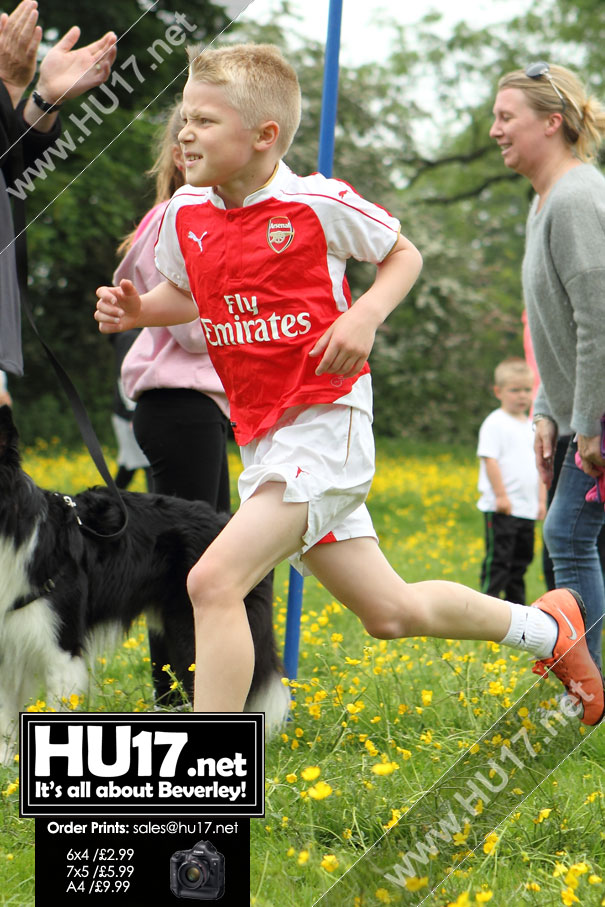 Hull FC legend Johnny Whiteley, Miss Hull and Miss Great Britain finalist Saffron Hart and Alan Parker from the Hull and District Rugby League were in attendance to help with the start and hand out certificates to the runners as they finished.

In glorious sunshine the runners, some in fancy dress, included players from several local clubs including Cottingham Tigers, West Hull and Hull Wyke and members of the public all hoping to raise some cash for their clubs or other good causes.

First home was the aptly named Joe Speed of West Hull, followed by James Donkin of Cottingham Tigers and Tom Parkinson of Beverley Braves in second and third respectively.

First home for each of the age groups for Beverley were: –

A spokesperson for Beverley Braves said;

“Thanks go to all the Beverley Braves players for taking part, now it’s time to get your sponsor money in.”

“Many thanks also go to Tesco in Beverley for providing fruit, Nestlé Waters for providing water and to former Hull KR player Chris Charles for taking the warm up.”