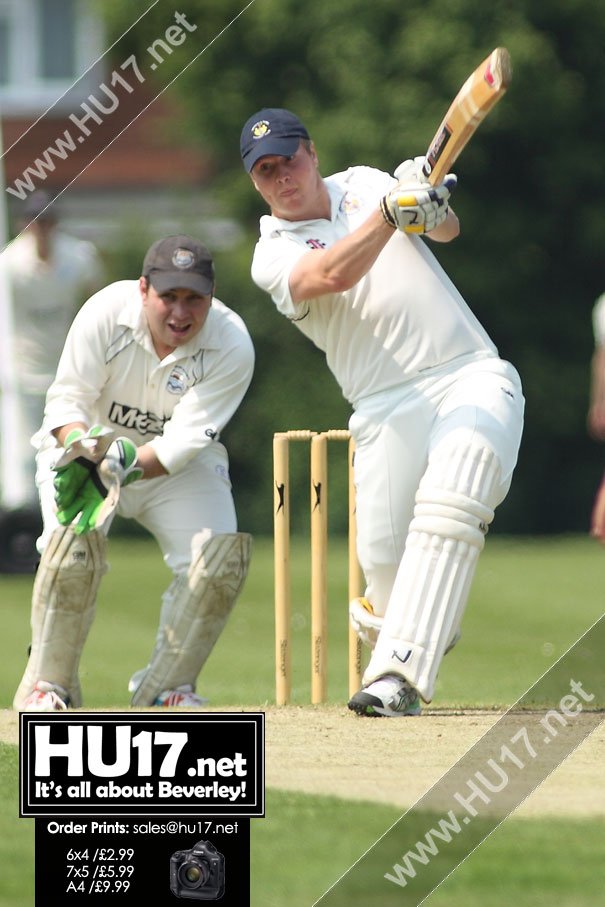 Easingwold returned to the top of the Hunters York & District Senior League Premier Division as both the leaders Clifton Alliance and second placed Sessay suffered surprise defeats, and Studley Royal are up to second as just 20 points separate the five sides vying for the title.

Clifton Alliance drop two places after they lost by a single wicket in a low scoring match at Bolton Percy, who remain just outside the relegation places despite the victory. Alex Renton, the Division’s leading wicket-taker took 5-17 as the hosts finished on 126-9. Earlier the visitors had been dismissed for 124 thanks largely to Tom Atkinson (4-16) and Peter Houseman (3-13).

Sessay are down to fourth after an excellent all-round performance from Nick Kay helped York end their hosts’ unbeaten start to the season. Matthew Till made 94 in a total of 178 all out as Oliver Leadham took 3-41 and Kay 5-31, before going on to make 47 not out as the visitors chased down their target with 13 overs to spare thanks to a quick-fire 65 from Richard Love.

Easingwold head the table following a tight finish against Pickering, winning by six wickets with just seven balls to spare thanks to Kyle Waite (97no) and James Postill (47no) after Matthew Turnbull had scored a half-century to go with the three wickets he took as the away side reached 252-9 which included an unbeaten 64 from David Greenlay and 49 from Colin Frank.

An unbeaten century from Ian Dixon (119no) provided half the runs in Studley Royal’s total of 238 which also included 37 from Dan Coad with David England (4-60) picking up four wickets for hosts Goole Town who denied the visitors victory as their last wicket pair stood firm to each 181-9, Antony Gibbins the top scorer with 39 as James Clarkson took 3-29.

Driffield Town came out on top at local rivals Beverley Town Cricket Club at the Norwood Recreation Ground winning by 75 runs. Luke Ramsey (67) top scored in the his sides total of 240-7, and despite Matthew Mudd replying with 53 for the hosts they were bowled out for 165, with wickets from Johnny Anderson (4-43) and Jordan Caley (3-35).

Hull Zingari won the battle of the bottom two beating Heworth at home by four wickets. Ian Lynch (48) and Salman Syed (47) both just missed out on half-centuries as the visitors scored 226-8, Matthew Scarr taking 4-31 and Callum Hellwig 3-69. Hellwig (54) was then one of three batsmen to pass fifty as the hosts replied with 230-6, Matthew Bunn (66) and Tom Jones (51) the other two. Despite the result both sides remain in the bottom two and both will need to improve if they are to avoid relegation from the top flight.