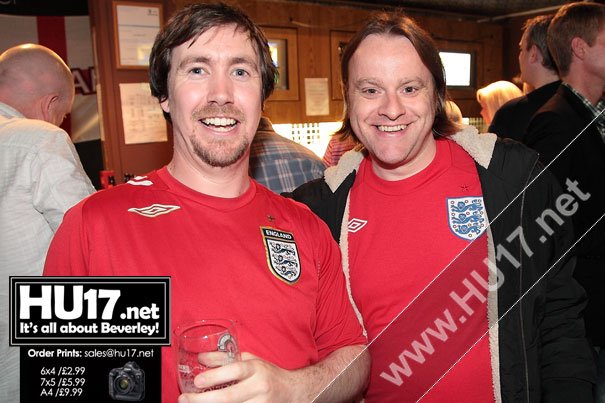 As National Team sponsor, Vauxhall Motors and Evans Halshaw, with sites in Hull and Beverley, is urging residents in the area to get behind the England boys this summer with Vauxhall’s new #GetIN campaign to find a signature celebration that the public can collectively adopt to show their support.

Local fans in Hull and Beverley can view the auditions where England football heroes Vardy, Smalling and Fowler swapped their football boots for scorecards as they teamed up with Vauxhall Motors and TV presenter Reggie Yates to hunt for the ultimate #GetIN goal celebrations for England’s big summer of football in France.

The footballers kicked off Vauxhall’s #GetIN campaign by becoming judges and auditioning the great English public in a football celebration version of Britain’s Got Talent. In true talent show fashion – the weird and wonderful acts ranged from the shocking, to the funny to the genuinely talented.

Local fans can also get involved at the fan hub www.vauxhallfootball.co.uk which features the chance to watch the England vs Wales game in style at Robbie Savage’s house on the 16 June, as well as be inspired with fun content and exclusive team interviews.

“There’s going to be loads happening around support for the National Teams this summer and over the next few weeks, we’ll be releasing more details about a special giveaway for local residents. In the meantime, the summer of football gives us lots of collective moments to celebrate from a winning goal on the pitch to a BBQ with friends with the game on – these are the #GetIN moments we want England to celebrate together, which is why we’re inspiring residents in Hull and Beverley to get involved and share with us their version of the signature celebration.”

Highlights from the England auditions include ‘man of the moment’ Jamie Vardy giving his highest score to breakdancer Philip Mark Prescott, acknowledging the performance was “a bit of him” and confessing he is partial to a breakdance move or two himself. Philip Mark Prescott won over all three judges with his head-spinning moves, scoring an impressive 26 out of 30. His unique celebration will now become the official #GetIN celebration for England this summer.

Residents in Hull and Beverley should look out for Evans Halshaw in Mount Pleasant and Priory Park, Hull, and Beverley which will soon be getting in the spirit of #GetIN. For more details, visit www.evanshalshaw.com/vauxhall.