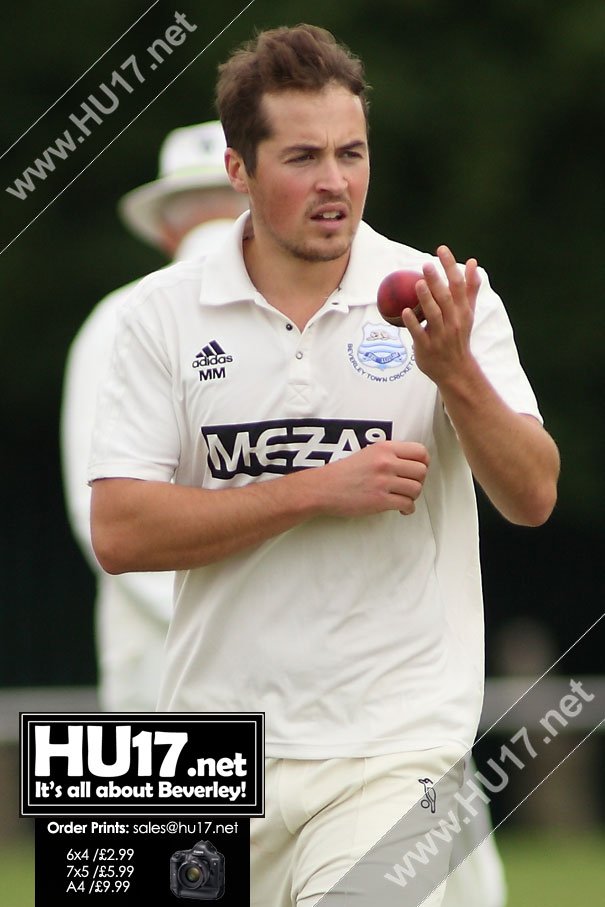 Pickering won the toss and elected to bat first setting Beverley a target of 155 the highlight being Beverley’s Mudd who claimed five wicket haul as he gave the Pickering side a torrid time on a flat pitch.

With the weather closing in Beverley set about chasing down the targert. Will Parker (59) and the skipper Anthony Spence (49) both amoung the runs.

However any hopes of a muchg needed win were almost dashed when play was stopped due to rain.

A break in the weather saw Beverley resume their innings and David Whitelock(15) soon knocked off the runs needed to secure the six wicket win.

Next weekend Bevelrey will head to York as they look to carry on their winning form against York.