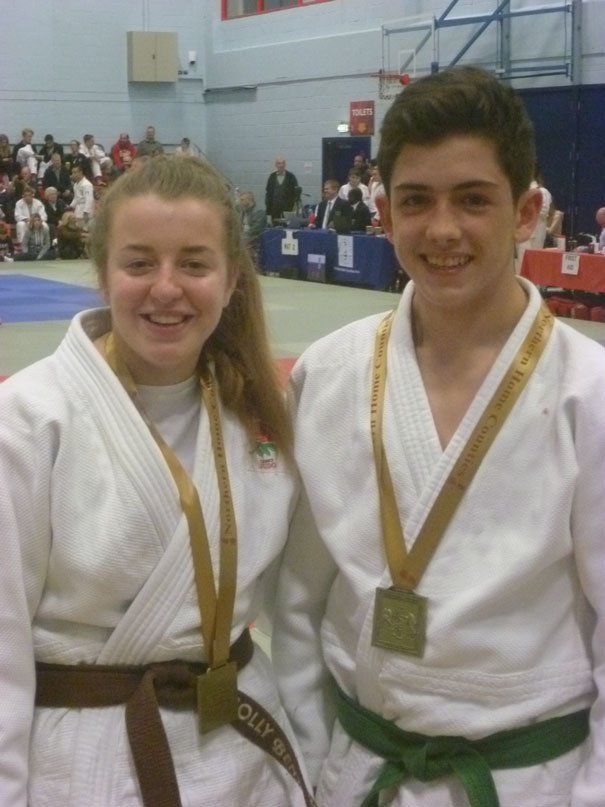 Local judokas Holly Bentham 15 and Sean Tooby 13 were in action at the weekend in the Northern Home Counties Open held in Hornchurch, Essex.

The pair who both train at the East Yorkshire Judo Academy pitted their skills against fighters from all over the country on their way to achieving their double success.

Tooby stepped out first wasting no time in laying down a marker by throwing and then holding down his first opponent, which was merely a taster of what was to come.

Thereon in Tooby looked assured in his further contests claiming victory in several successive fights by way of decisive throws before finally clinching the gold medal by a narrow margin in a hard fought final bout.

Bentham followed onto the mat shortly afterwards continuing the good form which saw her clinch the British Schools Championship title earlier in the month.

In her final contest of the day she withheld an early onslaught from her opponent, Georga Halloumas from the Metro Judo Club (London) before sending her crashing backwards for a wazari score which clinched the gold medal.