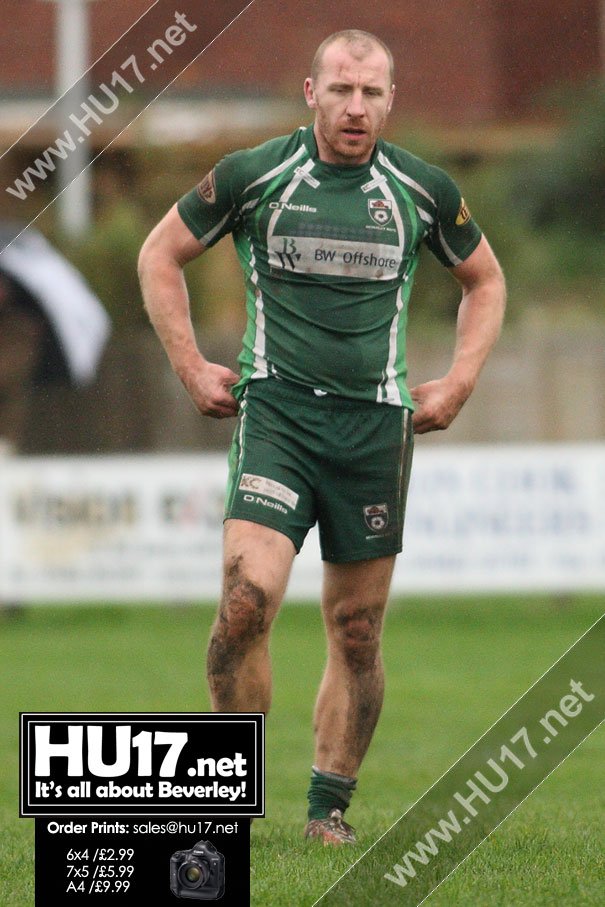 Beverley RUFC fielded a side showing several changes once again but most notably were able to bolster the power in their pack with the inclusion of the experienced James Mckay, Craig Hancock, Dave Worrall and Junior Tupai. This added bite allowed Beverley a much better share of possession and the youthful backline enjoyed it.

The slippery conditions and greasy ball made for a scrappy opening spell and the result was a string of errors and infringements from both sides for which the over zealous referee showed little sympathy.

A Duboulay penalty gave the Beavers a 3 point lead after 10 minutes but this was quickly erased by Park full back Spoart (3-3). Shortly afterwards Spoart struck another penalty to make it 3-6 to Park.

Beverley were looking the better side as the half wore on and a fine break by Luke Hazell from half way saw him cut through the Park defence to score (8-6). Shortly afterwards, not to be outdone Jack Garvin broke through and scored Beverleys second try (13-6) and things were looking good.

However, Spoart hit back for Park with another penalty (13-9) before Phil Duboulay struck his second penalty (16-9) to take us to halftime.

Percy Park pressed the Beverley line straight from the kick-off for the second half and scored a try wide out by lock Hedley(16-14) and followed this with a penalty from Spoart(16-17). Beverley were extremely unfortunate to be behind at this stage and struck back gamely with some enterprising rugby. Phil Duboulay kicked his third penalty (19-17) to restore the lead and followed this with another shortly afterwards (22-17) to increase it. Percy park re-took the lead with a converted try (22-24) but a reply from a Phil Duboulay penalty from a long way out swung things back Beverleys way (25-24).

Park mounted a late effort and were rewarded with a series of penalties on the Beverley line and two Beverley players yellow carded. Down to 13 men the Beavers could not hold the Park forwards for long and in injury time Park scored the winning try under the posts by Pike and Spoart duly converted (25-31),

This had been a hard fought game played under difficult conditions which Beverley were very unlucky to lose but they have shown enough in these last two weeks against two difficult teams to give encouragement for next season.