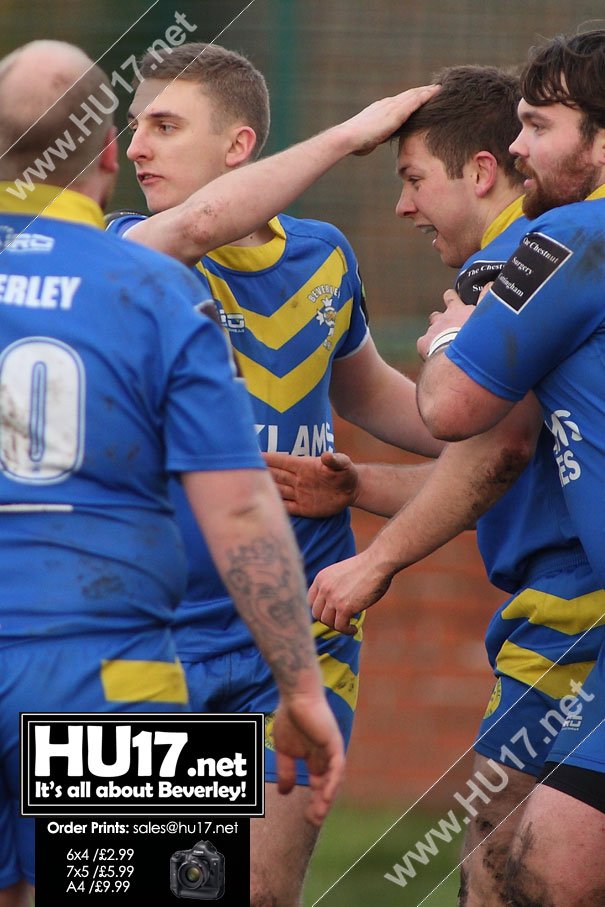 The blue and golds gave a tremendous exhibition of rugby to a big crowd under floodlights on this history-making day.

This was the first game of rugby league ever to be played at the 80-year-old Dene Park ground in Dunswell. The spectators were treated to a 2nd teams curtain raiser before the main event.

Beverley ARLC almost took the lead in the 2nd minute when Jack Howdle prized open the Army defence to send Jack Humphries scampering away only for him to be unlucky to lose the ball as he stretched out to touch down. Shortly after, they went close again when Billy Riby got over the line only for his provider of the final pass Josh Poskitt to be adjudged to have put a foot in touch. Midway through the half the Army took the lead with an unconverted try.

After withstanding pressure and territory from the visitors the hosts replied. A strong drive from Tom Radley set up the position for Jack Humphries to take on the opposition and score. Josh Poskitt tacking on the extras for a 6-4 lead. The lead increased when Lewis Poskitt’s little shimmy and dummy saw him touch down. There was more points when Billy Riby joined the line to send Josh Poskitt over.

The visitors pulled back a try only to lose the ball from the re-start kick and Alex Calvert pounced to score right on the stroke of half -time. Poskitt this time added the extras for a 20-10 interval lead.

Early in the second half came the try of the match by the home side. Another strong burst from Radley slipped the ball to Craig Morfitt, who in turn got the ball to Josh Poskitt, who sent an inside pass for Lewis Poskitt to take and score his second. Some more impressive handling followed shortly.

Guy Adams switched play to the right and a final long ball saw Tom Shires score wide out for Josh Poskitt to convert. After Billy Riby was pulled up short after going on a mazy run Josh Poskiitt made no mistake. He kicked ahead and regathered to complete the evenings scoring.

This was another good workout for Beverley, and the Army certainly played their part in a good advert for Rugby League.

Attentions will now turn to Saturday when the blue and golds return to the Beverley Leisure Centre for league action. They take on York Acorn ‘A’ without the services of Jack Howdle, Jack Humphries, Lee Stevens, Ryan Watkin and Tom Radley.

With spirits high in the camp they remain confident that they have sufficient depth in the squad to take their first Yorkshire League points of the season. Kick off is 2.30pm.