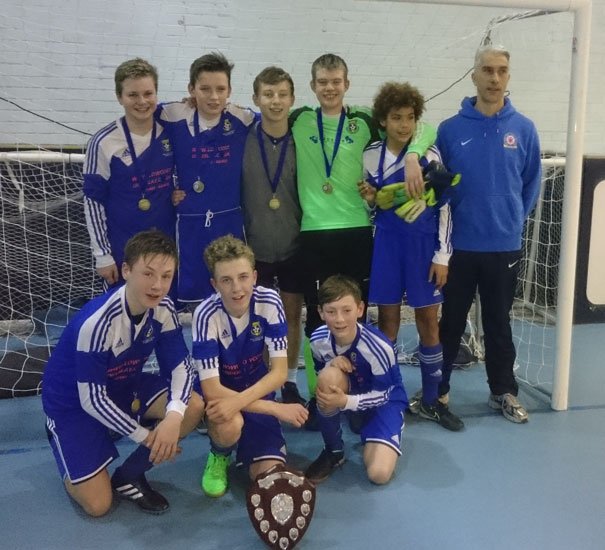 Following their success locally the side from Beverley will now go on to represent the area in the Regional finals which are to be held in Leeds later in the year.

Playing in a league format, which started back in September 2015, the Wizards only lost one match throughout the campaign and deservedly won the trophy for the third year in succession.

Adam Prince, Zac Wise and Danny Wilson in defence gave the team a solid and reliable foundation, this disciplined approach served the team well throughout a condensed league format.

The front three of Harry Sadler, Jamie Pettigrew and George Addison all made telling contributions with the team scoring an average five goals per game.

With Max Wright making a late comeback after injury this all bodes well for the regional finals in April.