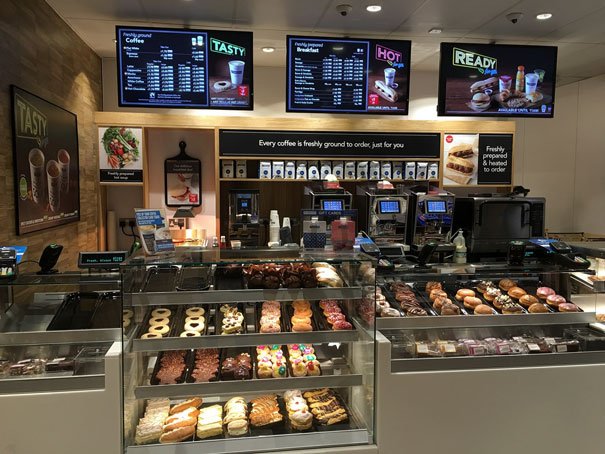 Greggs the baker is the latest retailer to open its doors at Beverley’s Flemingate shopping centre, with a traditional look and feel in keeping with the market town.

With almost 1,700 shops nationwide and serving over six million customers a week in Britain, this is the first branch of Greggs to open in Beverley.

The store, which opened on Tuesday, February 16, has created 10 jobs and specialises in daily fresh shop-made sandwiches on Greggs-baked bread, and savouries baked in the shop’s ovens throughout the day, including the iconic Greggs sausage roll.

The store has a large seating area, highlighted by black and white photographs of Beverley landmarks which adorn the walls. The external signage has been sympathetically created to complement Flemingate’s traditional style.

“Greggs has wanted to come to Beverley for some time and we are delighted to open up in the Flemingate Shopping Centre. It has a really traditional feel to it and we’ve tried to reflect that.

“The big stores, like Debenhams, are a real bonus and attract shoppers to the shopping centre which is why we have more seating than in many other Greggs branches.”

Greggs recently donated a £1000 from the Greggs Foundation, which through fund raising in stores looks to support local community projects.

Their donation means that adults with learning difficulties who attend Beverley Cornerstone at Millers in Beverley will be able to take a much needed holiday.

The new Greggs is store in Flemingate is open seven days a week.