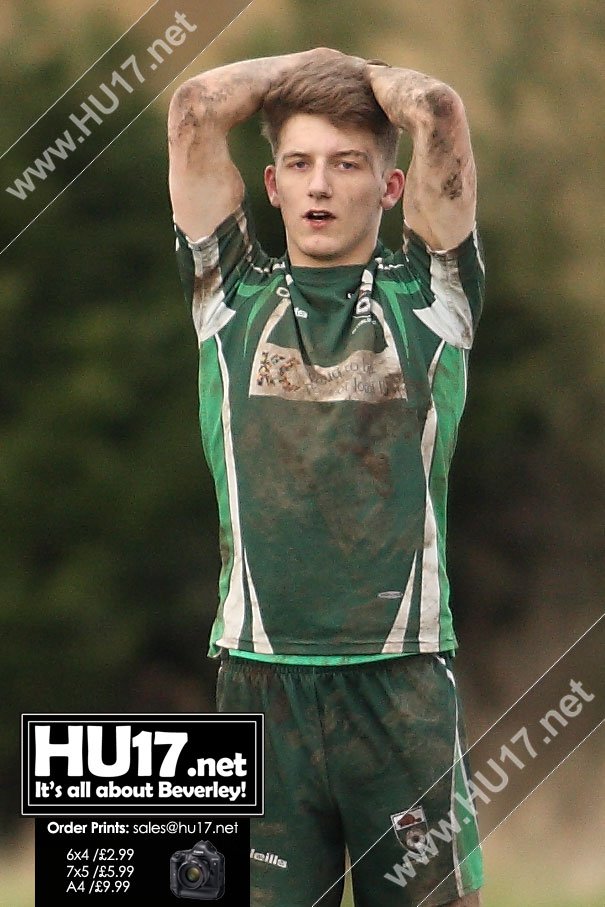 We have been sat on our perch since September and as such we are the prime target for teams with ambition in our league. Today York showed up with more ambition than Beverley and they got the result that they deserved.

The game kicked off and York was determined to force Beverley into mistakes. They had a robust and dynamic pack who scrapped for ball. Both sides came close to scoring in the first half but neither side converted their ambition into points. The half ended nil-nil. Prior to the half ending Joey Franklin questioned the referee and did not have the good sense to stop when asked. This landed him in the bin five minutes from the end of the half.

With fourteen men Beverley received the kick off which did not go ten and from the resultant scrum made good ground up the field. Unfortunately this was not to last and York pressed the Beverley line. Plenty of driving mauls involved. The pressure told and eventually York went over to score the first try of the game. This was duly converted. (0/7)

With the 15th man back on the field Beverley started to make some headway and there were small glimpses of their normal play. The backs got good ball and Chris Chapman went in close to the posts. This was converted by Jacob Holmes. (7/7)

This did not deter York who again pushed Beverley and advanced up field. They drove at the Bev defence and eventually pressure told and they again went over. Again converted, which was to prove the difference between the two sides. (7/14)

This did galvanise Beverley into action and the play was all in the York end for the last ten minutes. Wave after wave of Beverley attack saw Harvey Rann pick up and go in for the try. This was his first try of the season and was his just reward for hard work and effort all season. Unfortunately it went unconverted. (12/14)

Beverley pressed the York line again and was awarded a number of penalties and scrums. Alas a further score was not to be. There was a good kicking opportunity to win the game however perhaps the story of the day, no one stepped up to slow things down and the eventual run at posts came to nothing.

There is always a point in every season where a team doesn’t play its best and the other team seems to want it that little bit more.

Sunday was that day. It is now up to the Beverley team to prove that that was a one off. Whilst recognising that the other teams in contention for the league will be coming at us all the harder because of it and to respond accordingly; with grit, determination, will power and brains.