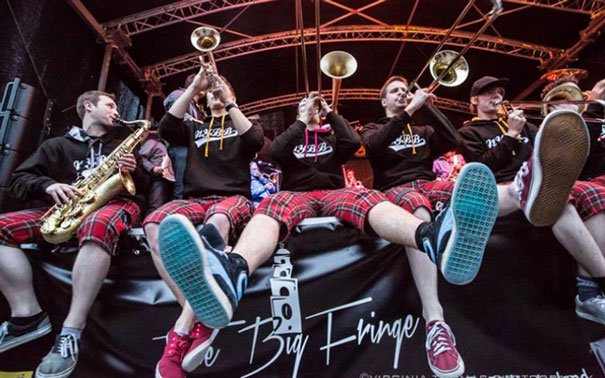 Few bands in the region have gained in popularity as quickly as the New York Brass Band.

North Yorkshire’s only contemporary New Orleans inspired brass band, they hail from the ancient streets of York and have been burning up festivals, rocking weddings, smashing sports events and delighting audiences nationwide since 2011.

On 7th February they will be bringing their unending sense of fun and great musicianship to the East Riding Theatre.

The band is a powerful team of some of Yorkshire’s finest musicians, playing a broad range of styles from jazz to pop, reggae to funk and New Orleans to Ska on an arsenal of percussion, sax, trumpets, trombones and sousaphone.

New York Brass Band blur the line between band and audience by inviting the crowd to become part of the show and ending the performance in the audience, often leading them in a conga under the stars, or wherever else takes their fancy!

Whatever your vision for an event the New York Brass Band will guarantee to leave audiences reflecting on a great party.