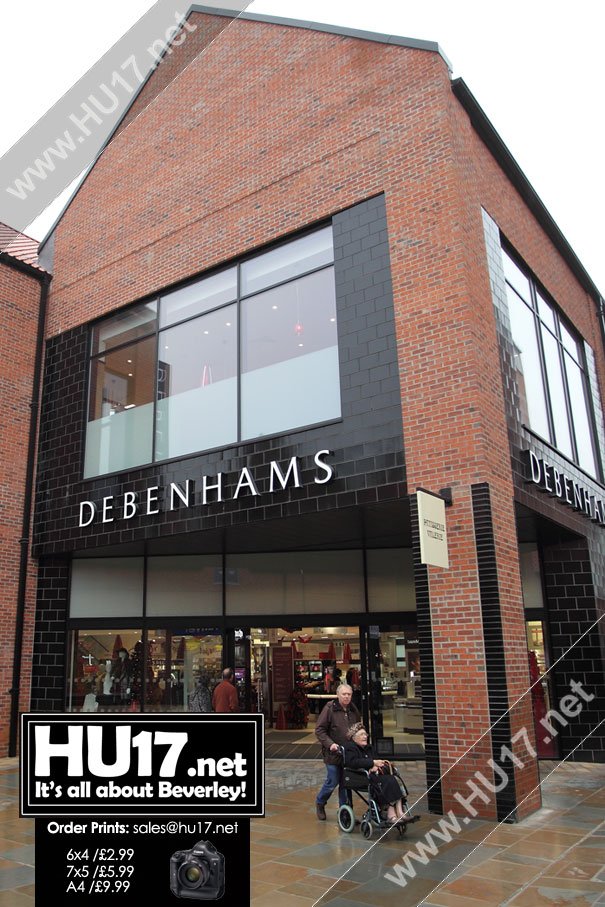 As it stands the Flemingate is still not fully complete and the residents of Beverley are still waiting in anticipation, it has opened bit by bit which means constantly waiting for something new.

But has the site given the historic town of Beverley what it needs and brought it into modern times or has it set the town back.

For starters it is unsure how the new development will affect other businesses in Beverley that have been located here for years with staff and employees being able to have a comfortable relationship with regular faces and business management knowing one another well.

Is it going to ruin the peaceful flow of the town with busy streets and backed up roads from families and people from neighbouring towns and cities visiting the site.

On top of that, is a building site next to a college acceptable, the college has had to go through several changes outside as the site has not been finished in time, and whilst in classes students had to listen to the sound of drills and banging, which is not the best thing during an academic year and not really a suitable learning environment.

Some public property has not been treated in the best manner by some young people in the past, is this development a new playground for mistreatment, if so this could make the town unappealing to any visitors, perhaps even dismantle a reputation the town has made.

However, I have heard many residents complain how there is nothing to do in the town and about having to travel to hull to go to a shopping centre or to a cinema, which costs them extra in transport.

This could be a solution for in particular young people to keep them occupied and help them fill their boredom with more productive past times. It could also give Beverley a new lease of life and give it a more modern look and show it has more to offer.

When a young local resident was asked what they thought of the site they told HU17.net;

“Once everything has opened it will be good, like there is more options for men’s clothes and the cinema is ideal, it’s weird though because you feel like you’re not in Beverley.”

A student who attends the college stated that;

“It looks nice but there isn’t enough variety of shops’ they also said ‘It was annoying when the construction was right outside the college because we had to put up with all the noise and we had to walk through tight passage ways.”

HU17.net also asked a resident who has called Beverley home for decades what they thought about the Flemingate site they said;

“It’s nice but it’s not a place I will visit regular, I like the places in the centre of town. Saying that I think it’s a great addition especially the cinema, I know my grandchildren will use that.”

It is yet to be shown what kind of impact the Flemingate site will have on the town, but whenever I have passed it has been rather busy during the weekends and most reviews have been positive.

The site is also very aesthetically pleasing. Time will tell as to whether the site has been worth all the excitement and patience and if this could be a burden or a blessing for Beverley.

This article has 5 Comments