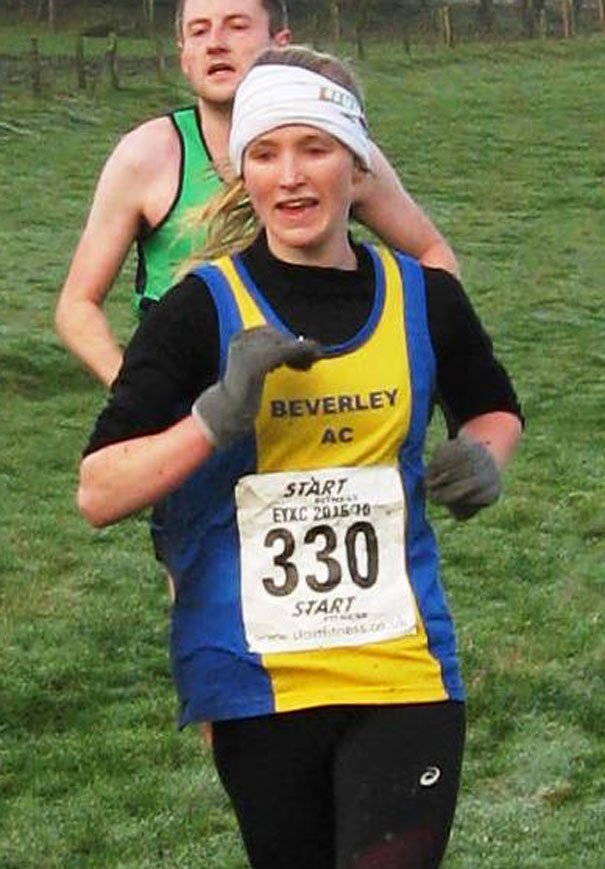 Held at Langdale End, on the North York Moors near Scarborough, the race is organised by Scarborough AC. Notorious as a wet and muddy run, recent rain had made the five and a half mile course this year very wet indeed.

The first half of the run was through deep mud and tree roots alongside a stream; runners then forded a stream, climbed a steep forest track to the highest point of the race, before finishing on a gradual but still very wet descent through woods and fields to a final steep downhill to the finish line. 136 runners completed the course.

Beverley’s Ellen Harrison had an excellent run and was second in the women’s race, completing the course in an impressive 44:42, just 4 seconds behind first placed Keri Pearson (City of Hull AC). Beverley’s 3-woman team was completed by Emma Greensmith in 52:30 and Lynne Stabler in 67:41. The team was joint fourth at Langdale End, and is fifth overall in the League.

The men’s race was won by Jack Robertson (Scarborough AC) in 39:49. First back for Beverley was Lewis Holloway, finishing 7th overall in 41:45. Philip Reece had a great race to finish 14th in 42:47, and Dave Morrison was next in 44:33. Making up the rest of the 6-man team were Luke Davison who found the muddy conditions hard going but finished in 44:33, Edward Lisney (45:49) and Dave Millson (46:16). The men’s team was 3rd in this race, but retain their overall second position in the League.

The fourth race in the six-race series will be at Sledmere, on Sunday 10th January.