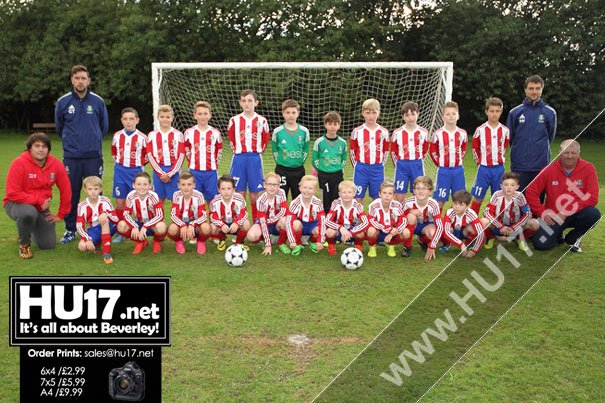 His comments come after the club that has been playing locally for over 65 years formed two sides to compete in this year’s Hull Boys Sunday Football League.

“All of us at the club are really proud that we have been able to get two sides set up age in the U11s
age group. We have seen a number of clubs lose squads in this age group so the demand is high from children who want to play competitive football.”

“We have been able to make this happen thanks to few factors. We have agreed a deal with ESL Fabrication Engineers, who through sponsorship have provided all team wear and training equipment. We also have excellent support from volunteers who coach and fund raise.”

It is easy forget the amount of effort the clubs like Mill Lane United put in off the field just to ensure that a match can be played each week. Training sessions need to be held, pitches need to be marked and cut, and clubs need to generate money to pay for the hire of facilities.

“Football is losing people from the game at this level, which means there are fewer opportunities for the children to play football as demand is high. One of the many reasons I feel is that to be involved with a team it takes up a lot of time, which is hard when you have a day job to do.”

“Thanks to the support of the Walkington Playing Field Committee and the ongoing backing of the parents we are able to work with 40 players a week and field two teams on a Sunday.”

Facilities have long been a topic hot on the lips of all the sports clubs in Beverley. Lack of playing fields and quality surfaces in the town has seen a number of clubs forced to leave Beverley and play in the surrounding villages and even in Hull.

“It is a real struggle for all teams to find a ‘home pitch’ in Beverley. Longcroft is the home for AFC Tickton and there is no pitch for us at the Beverley Leisure Centre as Beverley Whitestar use that.”

“As a club, we have been lucky. AFC Walkington is using Mill Lane United’s spiritual home, Broadgates, and we have moved to Walkington Playing Fields, which is working out well for our teams.”

Plans for Mill Lane United in the future are already being put in place. The club is exploring the possibilities of starting a grass root’s academy where children as young as 5 can attend and start their footballing journey.

Anyone interested in playing football for Mill Lane United should email milllanetigers@eslgb.co.uk.