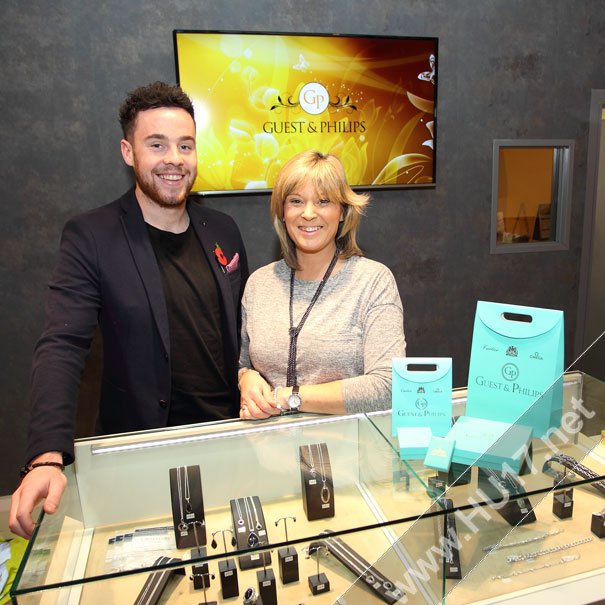 Guest and Phillips say their new shop, which they are currently opening at Flemingate in Beverley, does not mean they have any plans to abandon the town centre.

With over 60 years of trading, the business has a reputation for providing high-end traditional old-fashioned customer service, something that is highly-valued by shoppers in the town.

One of the most well-known local business’s Guest & Philips, while open, are currently in the process of getting their new unit at Flemingate fully up and running.

From their Flemingate shop, Guest & Philips are looking to target new customers by selling goods that are more in line with high street fashions.

They say they will continue to sell their high-end high-value goods from the store at Saturday Market in Beverley and by doing so will be able to create more choice for customers locally.

“The products we sell from our Flemingate store will complement the goods that are sold by other retailers here and will appeal more to younger people.”

“Stocking range of brands and other select items, we feel customers will still get the same quality and service that they expect when they enter a Guest & Philips shop.”

“The main difference between the two stores we now have in Beverley is that we will be offering more fashion orientated products at our Flemingate store.”

With the brand-new East Riding college campus on their doorstep and Debenhams just across the street coupled with the promise of even more fashion-related shops, while it is a bold move to open a second store in the same town, it is one that shows that the current high street in Beverley can work perfectly well alongside the new development Flemingate.

Wilkinson’s are already in the process of diverting the customers from Beverley town centre and pointing them towards Flemingate.

Not only do they have signs across the store windows in the centre of the town, they’ve also employed cyclists who are pulling billboards through the town centre informing shoppers that they have relocated.
With the first few shops open it was interesting to see that central Beverley was bustling with a lot of people browsing the shops, a sight that was also replicated a short distance away at Flemingate.

The company behind the new development says they are committed to building links between the current high street and the new one that is under their control on the edge of the town.

Those links may not be in place just yet. However, while I was in Guest & Philips staff were already pointing them back to the town centre for items and services they do not provide at their Flemingate store.

Another question which many people, especially those who trade in the town centre have been asking is if the arrival of Flemingate would indeed attract anybody to Beverley to come shopping. The answer is yes.

Guest & Philips first customer in their Flemingate shop was not somebody from Beverley but a couple of ladies who had travelled from Hornsea to visit the new shopping centre.

From that one visit alone its showed that people from outside the town who most likely would not have come to Beverley did. As a result they were now spending money in Beverley, with a local business.