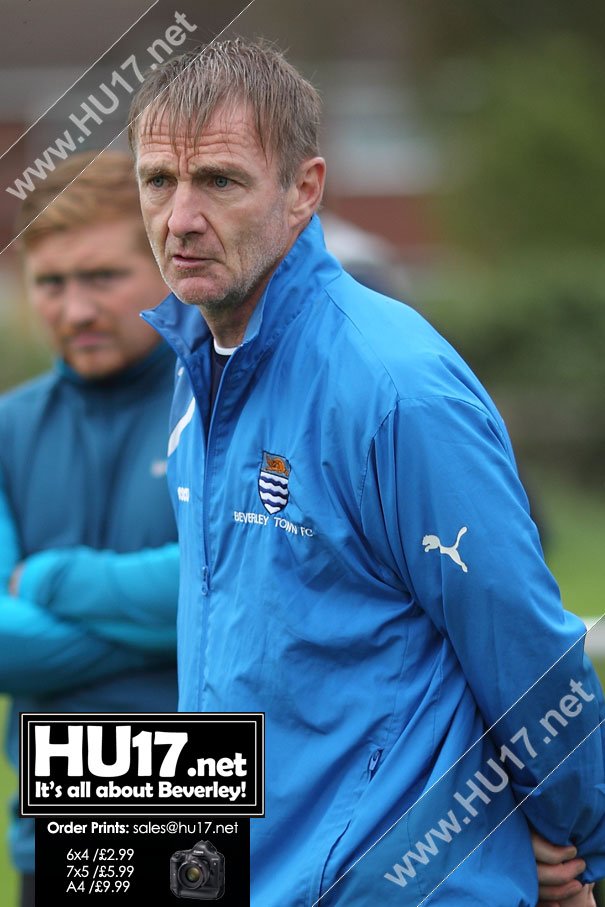 Beverley Town needed a second half equaliser to claim a point against a 10 man Goole United side that currently sit bottom of the Humber Premier League.

Ryan Whitlam tapping in from close range gave the Goole the lead on 11 minutes after Town failed to deal with a free kick.

Going behind Town should a good attitude and responded well, as Lewis Sparkes and Shaun Day both hitting the woodwork as they looked to get back on level terms.

Just before the break the pendulum swung in Beverley’s favour when Goole’s Robert Constable was given a straight red card.

With a man advantage, Town did get back on level terms through Matthew Littlefield. A recent arrival at the club he finished with a shot beating the keeper on his near post.

However, it was to be a frustrating afternoon for Beverley as despite having the extra man and lion’s share of the ball, they were unable to break down Goole and clinch the all-important second goal.

Town are now 15 points behind Humber Premier League leaders Wanwe United. This weekend Beverley will welcome Sculcoates Amateurs to the Norwood Recreation Ground in their 2 PM kick off.