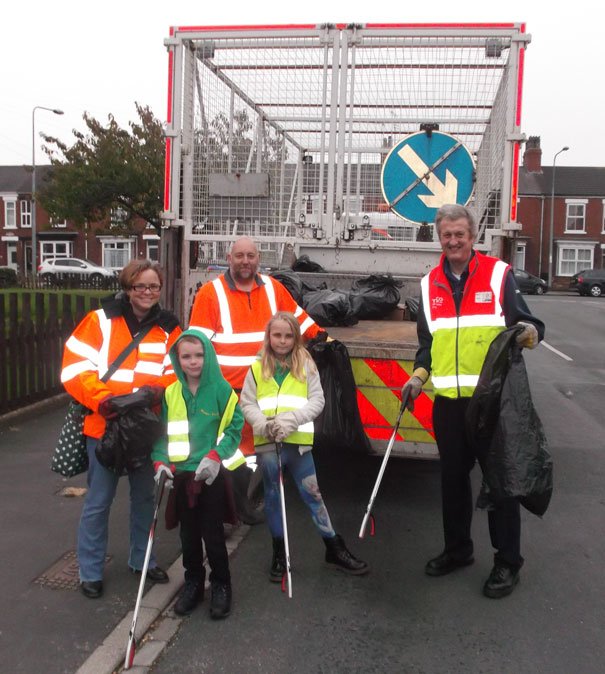 Tesco say a local community effort to clear litter from the streets of Beverley was a great success.

Organised by the store on Morton Lane in Beverley, Tesco staff were joined by a number of local groups and residents from Beverley to pick litter.

“Tesco would like to say a big thank you to all the local residents and community groups who helped out with the litter pick.”

“It was fantastic that people gave up their time to come along and help make our community a cleaner, greener place.”

Full support throughout the litter pick was provided by ERYC’s Streetscene Services team.

Keep Britain Tidy estimate that over 2.5 million items of litter are thrown on the street each day in the UK with local authorities spending nearly £780m per year to clean it up.

Of all the items discarded the most common item of litter are cigarettes followed by sweet wrappers, with drinks packaging also ranked highly in the list.

It is thought that people still think they are doing a community service by throwing litter on the floor by ‘creating a job’ for someone else to come along an pick it up.

Until it was closed by East Riding of Yorkshire Council due to funding cuts young people from Burden Road Youth Club used to arrange regular litter picks in the area.

In Beverley there are plenty of hotspots. While it is often blamed on young people it’s simply not the case with people of all ages contributing to levels of rubbish being tossed on our streets.

Beverley Train Station and the playing fields on Thurlow Avenue are particularly bad with lots of waste tangled up in the bushes and trees.