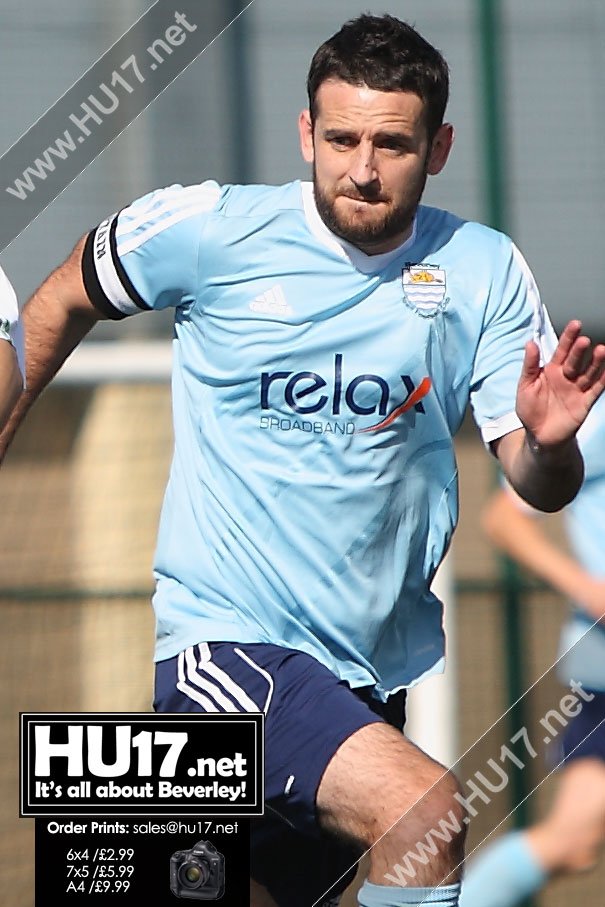 Beverley Town Reserves has slipped down to third place in the East Riding County League after they were beaten 3-1 by St George’s FC.

The feeling in the town dressing room after the game was collectively one of ‘we should have got something out of that game’ and the final score was not a true reflection on the match.

From the first whistle the game was played at a quick tempo with both sides competitive and looking dangerous on the attack.

St George’s had some pace within their attack and keeper Matthew Spencer was called into action early as was Town’s defence.

At the other end, youngster Oliver Baldwin was causing problems and is was Baldwin who put town ahead when he timed his run to get on the end of Phil Gardner through ball to finish with aplomb.

Town had other chances as Baldwin hit the bar and Jordan Easter could not find the right contact on a great ball across the six yard box.

At the other end, Town defender Dan Field was superb on a number of occasions as he covered his fellow defenders.

In the second half, Town could not keep hold of the ball for long periods of time and therefore found themselves under siege as St George’s pressed for the equaliser.

Just when it looked like Town had ridden the storm, a harsh penalty award by the referee against Field for handball gave the home side the chance to get level from the spot, a chance they took.

Town got some increased possession but lacked penetration with the final ball. From a breakaway St George’s went in front when a good ball into the box was headed home.

Town pushed for an equaliser, Gardner had a shot saved and Baldwin saw a header drift wide. The home side sealed the points in added on time adding a third goal.