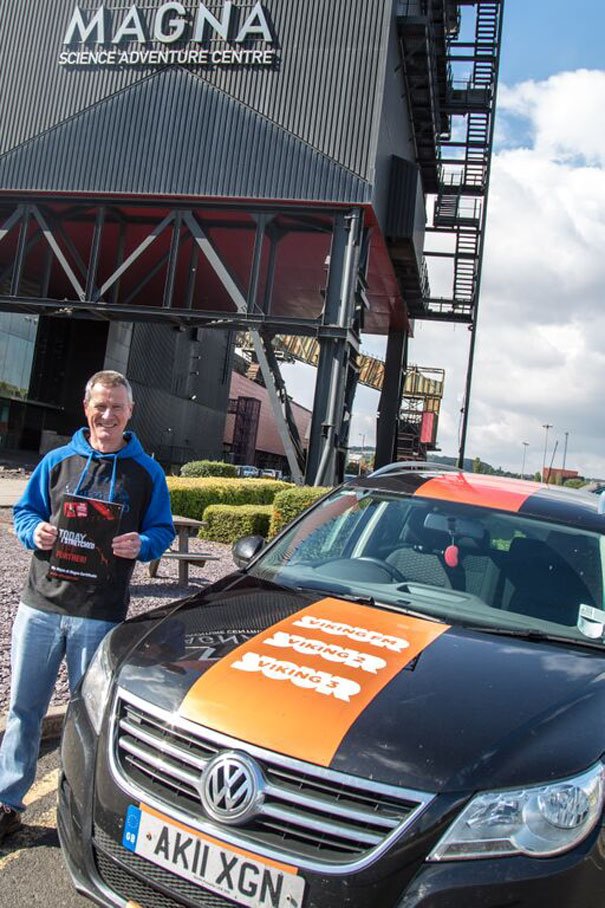 Last weekend saw Colonel Rob Peacock of the Defence School of Transport in Leconfield complete his 160ft bungee jump for Cash for Kids ’Drop the Boss‘.

Drop the Boss was Cash for Kids latest fundraising event aimed at workplaces across the region giving staff the opportunity for ultimate payback on their boss!

After beating their initial fundraising target, raising a fantastic £397 for Cash for Kids the Commandant completed his grueling challenge making his way to The Abyss at Magna Science Museum in Rotherham Saturday 19th September.

“I have done some scary things in my time, and this was up there with the scariest! But having heard about the good things this charity, with so much support from Viking FM, does for local children I just leapt into the abyss.”

“We were delighted to have support from the Defence School of Transport with Drop the Boss, being Europe’s highest indoor bungee jump it’s certainly not for the fainthearted! I commend and congratulate all who took on this challenge and a heartfelt thank you to each person who donated.”

To get involved in similar challenge events or find out more details about the charity please visit www.vikingfm.co.uk/charity