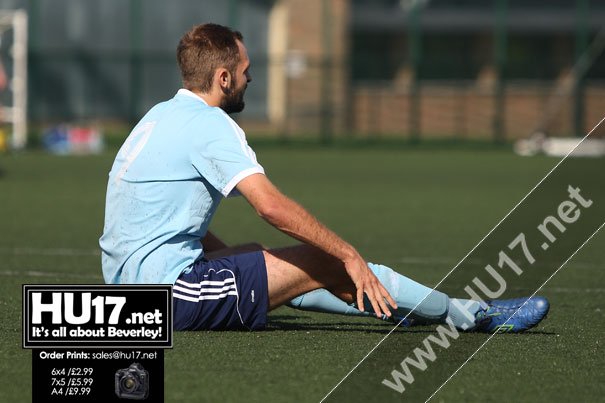 Beverley Town Reserves are in second place in the East Riding County League despite being beaten by Goole United.

“In a tight, competitive game you have to take your chances when they come and if we had, we would have come away with three points” said the manager.

In the first half, town keeper Matthew Spencer made a good save low down. From the resultant corner, Goole went ahead when Spencer’s punch deflected the ball off a Goole player into the net.

Town had some good possession and opportunities but could not create any clear chances.

Early in the second half town went two down and lost Dan McHale with injury.

A great chance fell to Jordan Easter but he could not capitalise.

Danny Cattle then had a header cleared off the line before Andrew Fraser found the net with an over hit cross.

Town continued to press and should have levelled when Ryan Overington was through on goal but his weak shot was easily saved.

This week’s fixtures see all three sides at Beverley Town take to the field. For the first team they face an away day as they taken on Crown FC in the Humber Premier League.

It will be East Riding County FA football for the Reserves who travel to Bridlington, while the Academy entertain Westella Reserves at Leconfield.