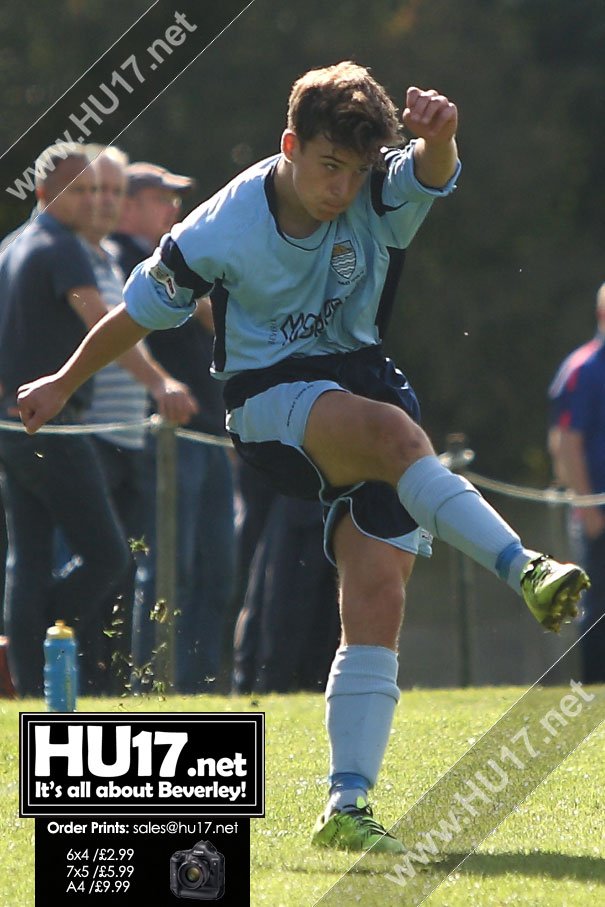 Beverley Town Football Club drew for the third time this season after they were held at home by Pocklington Town.

Manager Ross Cording was left feeling frustrated after a number of players failed to turn up for their Humber Premier League Fixture.

Speaking to HU17.net after match he said;

“This proved to be tight fixture I expected, but not because of the opposition but due to the lack of commitment from players within the club.”

“All the players who turned up galvanised to produce a solid performance and for the sake of 30 seconds, we would have won this game.”

“On the pitch those there put in a very disciplined display. Arthur Jessop even came on, playing the last 25 minutes up top and reserve keeper also finished the game at centre forward.”

“This shows how much we were struggling.”

Beverley started the game, and Shaun Day gave Beverley an early lead only to see his goal cancelled out later in the game.

Nigel Bloomfield Motor Engineers Sponsored the man of the match which went to captain Jonny Ricardo, but Cording again stressed how pleased he was with all his players saying they had done the club proud.

Beverley Town are again at home next weekend when they switch their attentions to away from the league and to the cup.

Beverley have been drawn against Hessle United AFC in the first round of the Whiteheads Fish and Chip Cup, a match they should be looking to win.