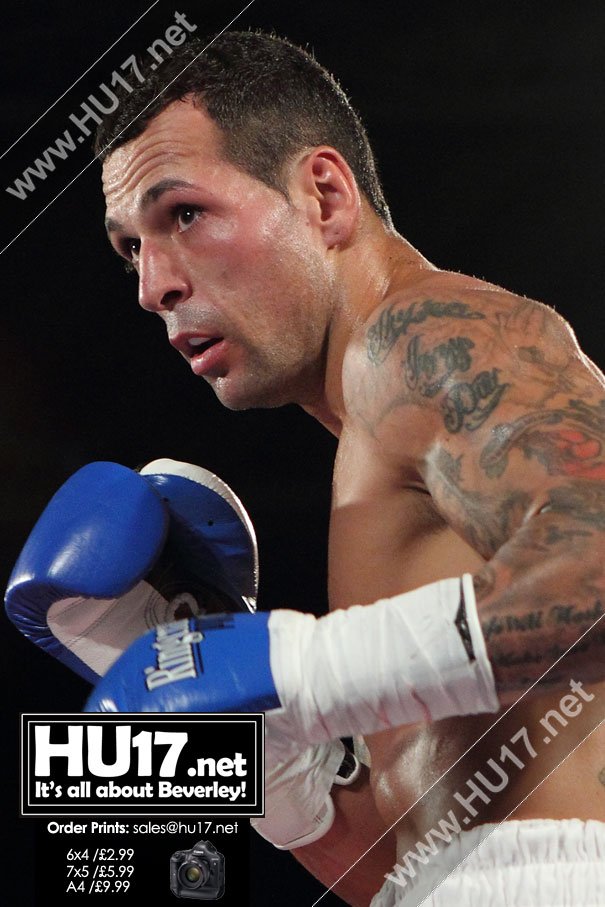 Samir Mouneimne got into the ring for the first time in almost a year as he continued his preparations for his Featherweight British Title showdown with Ryan Walsh next month.

Fighting at the Doncaster Dome Samir put on a convincing, well organised display against Dmitirijs Gutmans from Lithuania.

Trainer Paul Kershaw was delighted with the result saying it was just what the fighter needed. Commenint on the bout Kershaw said;

“What a great performance last night by Samir, getting back in the ring for the first time in 11 months with a well schooled former Lithuanian amateur international who was looking to make a name for himself.”

“There was a lot at stake for Smair, not only for the win but coming out injury free ready for his British title fight on September 26th at Wembley.”

“Samir’s overall performance was excellent. He looked strong, comfortable and relaxed, and stuck to the game plan. Samir dropped his opponent in the first round but remained calm, took his time, took no chances and got the rounds under his belt.”

“A controlled disciplined performance showing all what we have been working on in the gym and such a great feeling seeing it all coming together under the lights. It’s all about timing and its Samir’s time now.”

“The stage is now set, roll on 26th September because mark my words we WILL have a new British Champion in Samir Mouneimne without a doubt.”