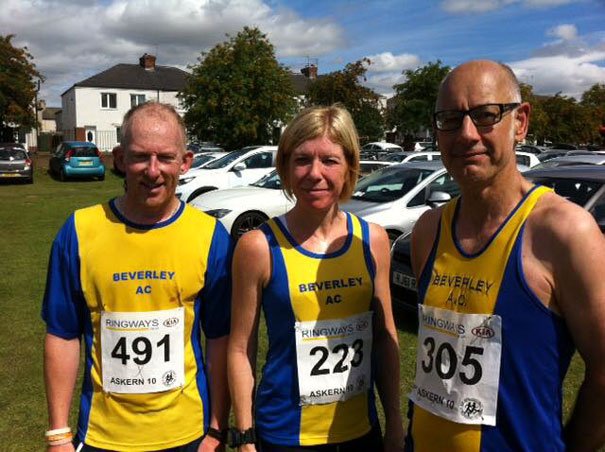 This is an undulating and hilly course on the nice country lanes to the west of Askern, finishing in a 300 m circuit at a local sport’s field. This was a well marshalled event with a friendly atmosphere and good crowds on a very warm, sunny day.

Sam Allen is in training for the Hull Marathon and used this race to get some speed and hill work in. She was pleased with her time of 76 mins 37 secs.

Mark Dalton 35th overall, took the male 50+ age prize and was first Beverley runner home in 63:54. Frank Harrison also won the male 75+ age prize as he continues to defy the years and pull in the awards. Christine Whitehouse has improved over the year and was happy with her time of 103m:38s.