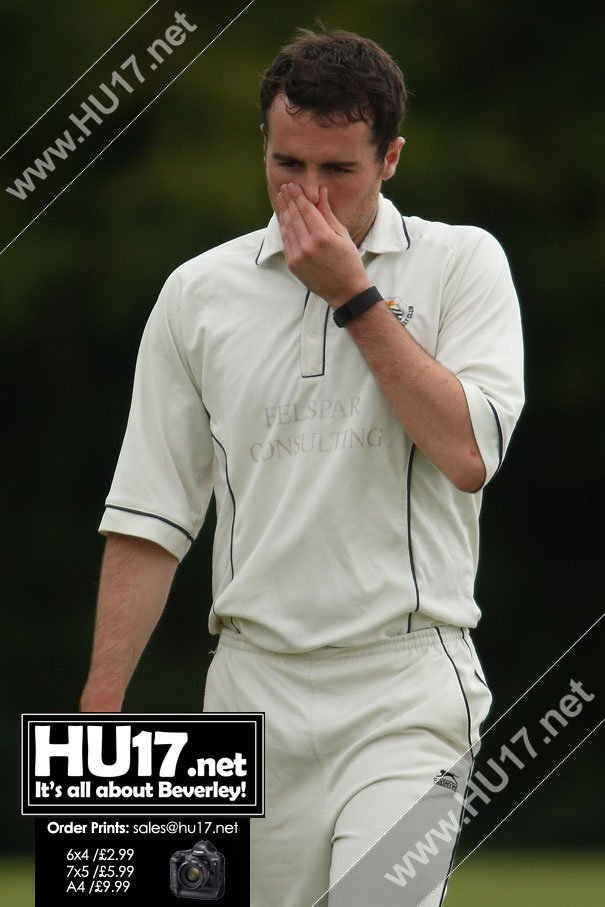 Alex Nightingale, skipper of the Beverley Town Cricket Club third team said the rain came at the right time for them after their game was abandoned.

Nightingale elected to bat after winning the toss as he felt weather would have a say in the outcome of the clash with Hessle at the Norwood Recreation Ground, a decision that proved to be a smart one.

Speaking after the match the skipper said;

“To be honest the rain came at a good time for us, we were struggling in the game and were probably 30-40 runs short of a good total.”

Beverley scored a 191 from their allotted overs with Tim Smith (47) and Tim Fordon (38) scoring the lion share of the runs for the home team.

“Hessle were in a commanding position when the rain came. But we share the spoils and move on to next week.”

As the rain fell Beverley tried to get the pitch covered though an issue with the roller the square and outfield were left exposed to the elements.

With the match being abandoned Beverley took 11 points from the game. Beverley however have slipped down to third in the table as Kirkella go top thanks to an eight wicket win over North Dalton.